Sino-Soviet conflict: Memories of China as an aggressor after five decades 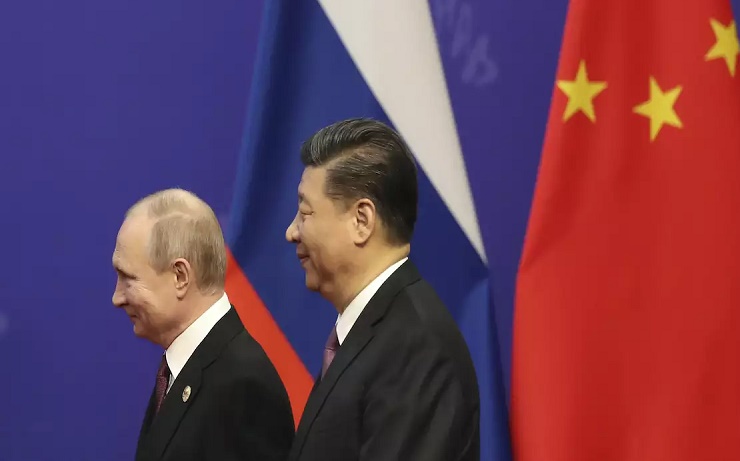 Russia and China's partnership has improved primarily based on economic requirements and market but the month of March is important in the history of two nations as 51 years ago, the then USSR and China had an armed conflict over Damansky Island amid the Sino-Soviet split.

The clash on Damansky Island between Soviet Union and China from early March 1969 did not result in the war between the two Communist powers, but had an enormous impact on geopolitics.

Beijing’s responsibility for the armed clash cannot be overlooked as on March 2, 1969, units of the Peoples Liberation Army of China (PLA) carried out a pre-planned attack on the Soviet territory. PLA Marshal Lin Biao, Commander of the Shenyang Military District, orchestrated the attack in January 1969 under the code name “Retribution”. The area is not very far from Russian Far East city of Vladivostok on which China has recently made claims.

Three hundred PLA soldiers had crossed over to the Damansky island on the night of March 2 and opened fire on the group of Soviet border guards. Soviet Army replied back strongly. A bigger battled occurred on March 14 in the same area.

Some Chinese scholars claim that the clash may have been result of Mao’s signal to the Americans that he was ready for closer ties with the USA. The two countries indeed moved closer to each other within two years of this clash and were on the opposite side during the 1971 Indo-Pak war, East Pakistan crisis and backed Pakistan. The Soviets backed India during the crisis and the War.

What has been amiss in public domain amid Russia-China partnership in recent years is underlying differences between the two sides in certain geographies. From the spread of Covid (that originated in China) to charges of espionage in the Arctic to Chinese position on Ukraine, there is a subtle discomfort about Chinese plans in the wider Eurasian region and Northeast Asia.

The spread of Covid was not only a health challenge but it did upset Moscow's plans for a grand show for the 75th anniversary of WWII victory besides forcing Russia to reschedule other summits last year.

Last year Russia accused one of its top Arctic scientists of passing state secrets to China. There are reports that Valery Mitko, president of Russia’s Arctic Academy of Sciences and a visiting professor at China’s Dalian Maritime University, handed secret information to Chinese special services. This is first spying charges levelled by Russia against China that played out in public domain after several years.

On Russia's Western border China has plans to boost BRI initiatives and is working with the Ukraine government on that. Simultaneously China’s inroads into Central Asia will be too close for Russian comfort. “These issues may not play out publicly but the Russian-China partnership is probably reaching its limit,” quipped an expert who has studied Soviet and Russian foreign policy for decades.