Covid: US and allies promise one billion jabs for South East Asia 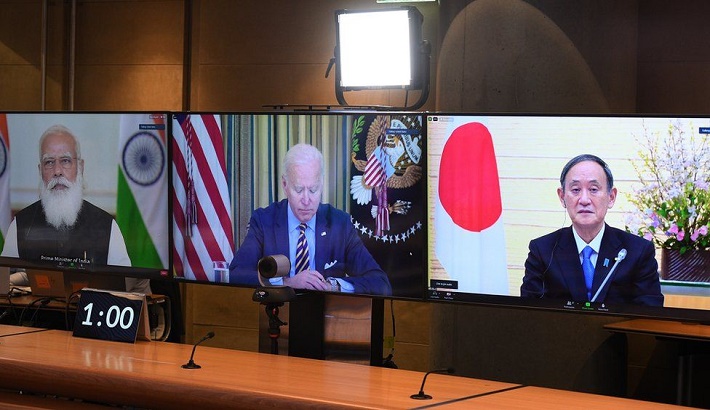 The leaders of the US, Australia, India and Japan have agreed to deliver one billion doses of coronavirus vaccine to much of Asia by the end of 2022.

The joint commitment was made following the first leaders' meeting of the so-called Quad - a group formed in 2007.

The vaccines - expected to be the single-dose Johnson & Johnson product - are set to be manufactured in India.

The US said the "massive joint commitment" would initially focus on delivering doses to South East Asia.

"With Indian manufacturing, US technology, Japanese and American financing and Australian logistics... [we] committed to delivering up to one billion doses," US National Security Adviser Jake Sullivan said shortly after the virtual summit on Friday.

He said the vaccines would go to the Association of South East Asian Nations (Asean) as well as "the Pacific and beyond".

Asean is a 10-member international body that represents more than 500 million people. Thailand, Indonesia and the Philippines are all members.

The Indian company Biological Ltd will manufacture the extra doses of the Johnson & Johnson jab, which received initial World Health Organization (WHO) approval on Friday.