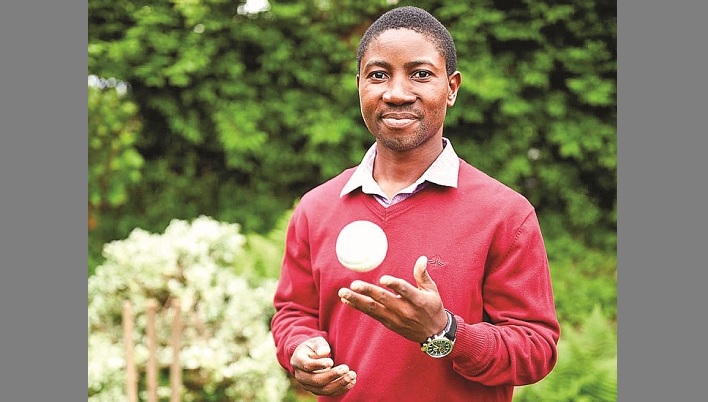 Former Zimbabwean skipper Tatenda Taibu is excited to return to his second home as he is all set to join Bangladesh Krira Shikkha Protishtan (BKSP) to pursue a full-fledged coaching career.

“It (the offer) came through a conversation with the good man Nazmul Abedin. However, as you know Bangladesh is like my second home,” Taibu told The Daily Sun in a recent interview.

The former wicketkeeper-batsman, who made his international debut in 2001, became the youngest-ever Test captain in 2004 at the age of only 21.

However, his feat was later broken by none other than Afghanistan’s Rashid Khan against Bangladesh in 2019.

Taibu, who had a topsy-turvy career, also took early retirement from all forms of the game in 2012 to focus on church work.

The 37-year old represented Zimbabwe in 28 Tests, 150 ODIs and 17 T20Is and scored over 5000 runs for his country and he is recognised as the country’s most successful wicketkeeper-batsman after Andy Flower.

Taibu, however, returned in 2016 as player and coach for Hightown St Mary's CC, a club in the UK.

He was then named convenor of selectors in 2017 for the Zimbabwe national side but Zimbabwe’s failure to qualify for the 2019 ICC World Cup made him sacked by the board along with head coach Heath Streak and skipper Graeme Cremer.

Taibu again returned to cricket at the age of 35 as he debuted for the Badureliya Sports Club, a Sri Lankan first-class side in 2018 but he is now looking to give priority to his coaching career with an ambition of becoming a prominent cricket coach.

“Obviously, I’m 38 (37 years and 302 days) and I’m quite young. So I’m glad that I’ve got this role at BKSP because it becomes the proper start to my career because it is very difficult to get in a coaching role at my age.

“Some of the players that are of my age are still playing so yes, my ambitions are to grow into a world-renowned cricket coach,” he added.

Taibu was also optimistic about delivering the right thing to the right people because of the experience he obtained after having such a long international career.

“So I want to make sure that they are polished up before they make it to the national team,” he added.

Brigadier General Mohammad Rashidul Hasan, the director-general of BKSP, said that he is looking forward to his (Taibu) appointment.

“We will appoint him (Taibu) as our cricket coach for one year and if manages to impress us with his performance we will sit and extend the contract,” said Rashidul.

“We have applied to the respective ministry and we are hopeful that his clearance will be available soon. We are expecting him to join us by the end of this month,” he added.