Narendra Modi to visit Orakandi temples in Gopalganj on March 27 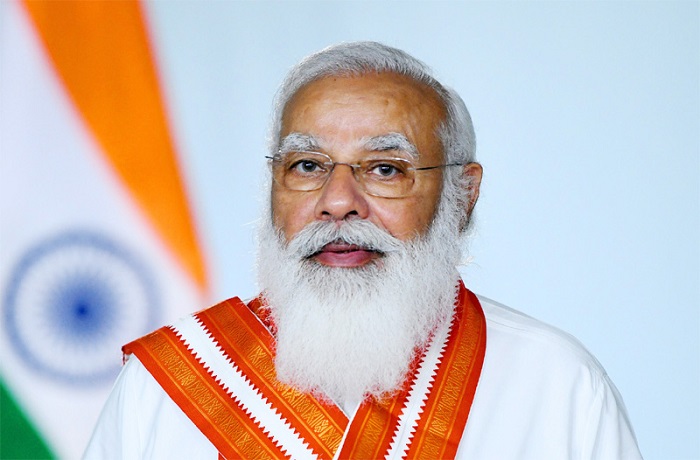 Indian Prime Minister Narendra Modi will be visiting two temples in Gopalganj and Satkhira during his visit to Bangladesh in March as part of Bangladesh’s Golden jubilee celebrations of independence.

First, Modi will go to the Joshoreshwari Temple in Satkhira, which is an ancient temple that dates back to the time of Pratapaditya or Lakshman Sen.

Then Modi will visit the Matua temple at Orakandi in Kashiani Upazila of Gopalganj, where he will be welcomed by the local people.

Modi will also pay tribute to Bangabandhu Sheikh Mujibur Rahman at his mausoleum in Tungipara on March 27, on the second day of his trip, according to Foreign Minister AK Abdul Momen.

The Indian premier will travel to Bangabandhu's mausoleum in Tungipara from Jashore, where Prime Minister Sheikh Hasina will receive him.

After this, Modi will be visiting Orakandi in Gopalganj, Momen said.

Jashoreshwari Kali Temple in Satkhira is a holy shrine for the Hindu community. Orakandi is the birthplace of Harichand Thakur, founder of the Matua sect. The Orakandi temple is the holiest place for the Matua sect.
Modi will speak to the members of the Thakur family at the Nat Mandir and offer prayers at Hari Mandir.
He will also speak to the Matua community representatives afterwards.

Padmanabha highlighted the efforts of different Indian governments to woo the Matua sect over the years.

Former chief minister of West Bengal Buddhadeb Bhattacharya took some measures to woo the Matua voters. When Mamata Banerjee came to power, she kept in touch with the Thakur Bari in Thakur Nagar. She did some development work too and introduced the birthday of Harichand Thakur, founder of the religious sect, as a government holiday.