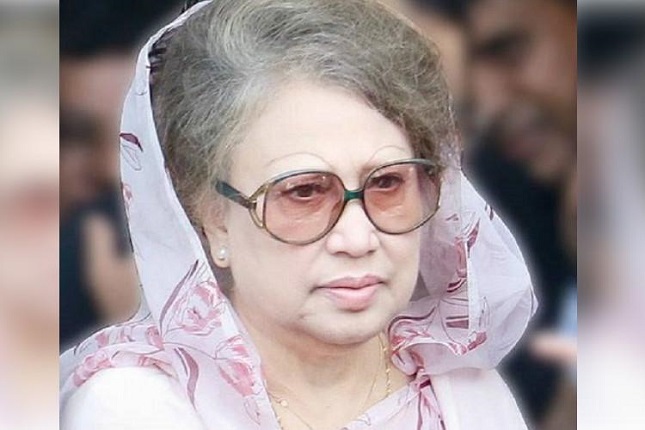 "We’re going through a difficult time and a crisis period. Our leader Begum Khaleda Zia has remained detained in an unjust case. She’s sick. Her sentences were suspended two- three days back for another six months,” he said.

The BNP leader said, “You (govt) have kept her (Khaleda Zia) under house arrest.You didn't even want to allow her to go abroad for treatment. You’ve asked her to receive treatment in Bangladesh where her treatment is becoming very difficult day by day. ”

Fakhrul made the remarks while addressing the fourth national council of Jatiyatabadi Krishak Dal at Mohanagar Natya Mancha.

He said their party wants the immediate release of Begum Khaleda Zia without any condition.

Meanwhile, the Ministry of Law on Monday recommended an extension of the stay on the sentences of BNP Chairperson Khaleda Zia for six months more for the third consecutive times in two graft cases following her family member’s application in this regard.

On February 8, 2018, Khaleda was sent to Old Dhaka Central Jail after a subordinate court sentenced her to five years’ imprisonment in the Zia Orphanage Trust corruption case. The High Court later doubled her jail term.

He also demanded the immediate cancellation of Digital Security Act.

Accusing the government of usurping power by force, Fakhrul said he does not find any difference between the current government and the Pakistani occupation forces.

“They (Pakistanis) had been in power at gun point killing people. You’ve also usurped power the same way by killing and repressing people,” he said.

He suggested Awami League to quit and arrange a credible election valuing the party’s struggle for democracy in the past.

Fakhrul said the country’s farmers are now passing a bad time as they are not getting the due prices of their produce.

He urged the leaders and activists of Krishak Dal to organise farmers to establish their rights.