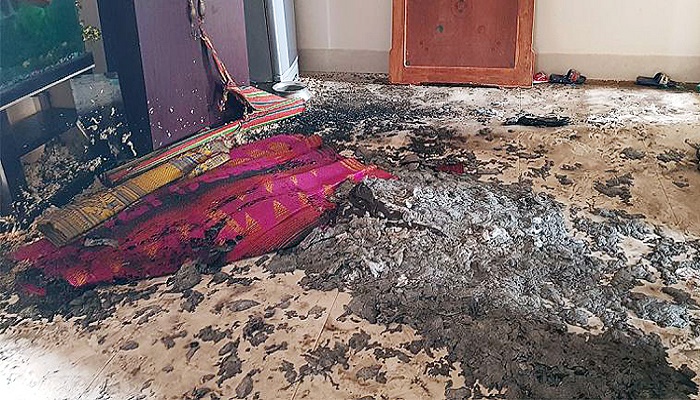 An 18-month-old minor boy, who sustained burn injured in a fire caused by gas leak on the top floor of a six-storey building at Masdair in Fatullah of Narayanganj, died at Sheikh Hasina National Institute of Burn and Plastic Surgery on Friday.

Minhaj succumbed to his burn injuries at Intensive Care unit of the hospital this morning.

With Minhaj, three people so far died in the incident.

Six members of a family suffered burn injuries in a fire on Tuesday.

Three of the injured now are undergoing treatment at Sheikh Hasina National Institute of Burn and Plastic Surgery in Dhaka.