Twins peak with more born than ever before 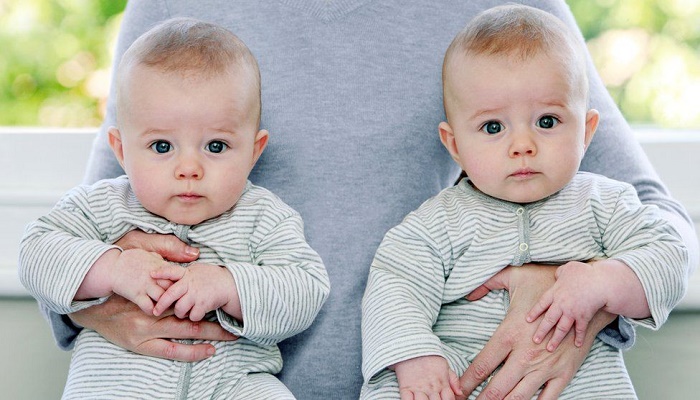 More twins are being born than ever before but the world may now have reached peak twin, researchers say.

About 1.6 million twins are born each year worldwide, with one in every 42 children born a twin.

Delayed childbearing and medical techniques such as IVF have seen the rate of twin births rise by a third since the 1980s.

But it could be all downhill from here as the focus shifts to one baby per pregnancy, which is less risky.

According to a global overview in the journal Human Reproduction, the peak was reached because of large increases in twinning rates in all regions over 30 years - from a 32% rise in Asia to a 71% rise in North America.

The number of twins born per thousand deliveries is now particularly high in Europe and North America - and worldwide it's gone from nine per 1,000 deliveries to 12.

But twin rates in Africa have always been high and haven't changed much over the past 30 years, which could be due to population growth.

Africa and Asia make up about 80% of all twin deliveries in the world at present.

Prof Christiaan Monden, the study's author from the University of Oxford, said there was a reason for that.

"The twinning rate in Africa is so high because of the high number of dizygotic twins - twins born from two separate eggs - born there," he said.

"This is most likely to be due to genetic differences between the African population and other populations."

Twinning rates in Europe, North America and Oceanic countries have been catching up - and the increasing use of medically assisted reproduction since the 1970s - for example IVF, ICSI, artificial insemination and ovarian stimulation - have been the main reason.

These techniques all increase the likelihood of a multiple birth.

Women choosing to start families later in life, increased use of contraception and lower fertility overall also play a role, the review says.

But the emphasis is now on singleton pregnancies, which are safer, says Prof Monden.

"This is important as twin deliveries are associated with higher death rates among babies and children, and more complications for mothers and children during pregnancy, and during and after delivery," he says.

The review found that the fate of twins in low and middle-income countries was more of a concern.

In sub-Saharan Africa, in particular, many twins will lose their co-twin in their first year of life - more than 200,000 each year.

"While twinning rates in many rich Western countries are now getting close to those in sub-Saharan Africa, there is a huge difference in the survival chances," said Prof Jeroen Smits, a study author.

Looking ahead, the researchers say India and China will play a major role in future twinning rates.

Declining fertility, older mothers at birth and techniques like IVF will all have a bearing on the numbers of twins in years to come.