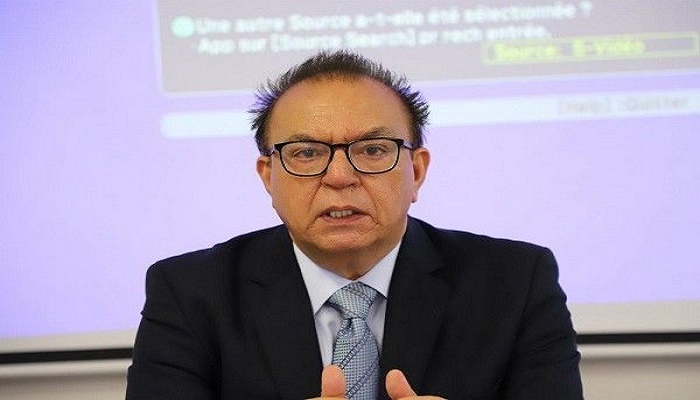 With Pakistan planning to make occupied Gilgit-Baltistan as its province, exiled Kashmiri leader Sardar Shaukat Ali Kashmiri has said that Islamabad has no locus standi on the "erstwhile princely state" of Jammu and Kashmir.

While talking to the media here on Wednesday, Shaukat said: "Gilgit-Baltistan is a historical and legal part of the state of Jammu and Kashmir. We have serious concerns and strongly oppose, and condemn Pakistani attempts to annex Gilgit Baltistan as its part."

He further stated that even the constitution of Pakistan clearly says that Gilgit-Baltistan is a disputed territory and part of Jammu and Kashmir.

Kashmiri said that it's an open secret that Pakistan is treating Gilgit-Baltistan and Pakistan occupied Kashmir as its colony; treats assemblies in Gilgit-Baltistan and "so-called Azad Kashmir" as powerless and believes that they are at the mercy of Pakistan, its law enforcement forces, and secret agencies.

He further said, "nationalists are bared to take part in the elections and one has to submit an oath of loyalty to Pakistan that he/she believes in the state of Jammu Kashmir accession with Pakistan, he/she is loyal to Pakistan and will be loyal to Pakistan. It shows that Islamabad always imposed subservient and puppet governments in our areas to implement its agenda and policies."

"The same is happening in Gilgit-Baltistan. There is no true representation of local people in government," he added.

Kashmiri, who hails from PoK, said, "UKPNP (United Kashmir People's National Party) never opposed development in the region but we always demanded from Pakistan for improvement of local people of Gilgit-Baltistan, we asked Islamabad to give them the right to full self-governance and ownership of their natural resources but Pakistan never considers these demands. Its main purpose is to take full control of our areas, Pakistan and China are already involved in the plundering of natural resources in the name of the China-Pakistan Economic Corridor (CPEC) and other mega projects without the consultation of the local population. Natives of our areas are denied ownership of their natural resources, royalty, and self-governance, basic human and fundamental rights".

Pakistani officials and defence analysts on mainstream media have often mentioned that China has invested billions of dollars in CPEC and now they want to secure its investment and are pressurising Islamabad to merge Gilgit-Baltistan into Pakistan.

"This is unfortunate that Pakistan gave free hand to China in our areas. The annexation of Gilgit-Baltistan is very sensitive and dangerous to peace and security in the region, it will not only be destructive for the people of the state of Jammu and Kashmir but the entire South Asian region," Kashmiri added.