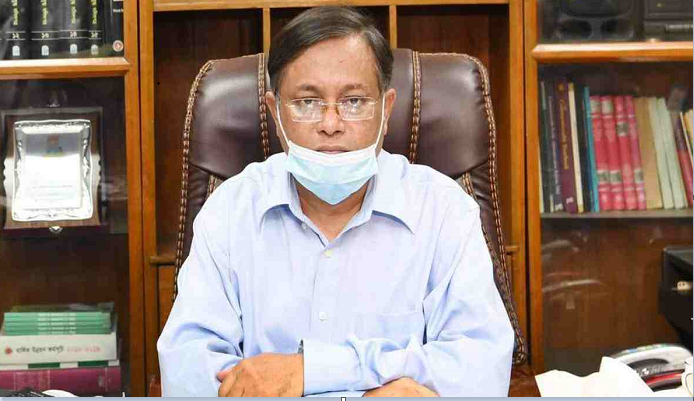 Urging all to remain vocal against any type of propaganda on social media, Information Minister Dr Hasan Mahmud said social media platforms are being used randomly to spread propaganda and rumors against the government misusing the digital technology at home and abroad.

“Even, they (propaganda mongers) go on to the extent of spreading rumors misconceiving a living man as a dead person. A vested quarter spread propaganda on social media that a head of human being would be needed for the construction of the Padma Bridge. It was a mere rumor and some innocent people died centring that rumor,” he said.

The minister made the remarks while addressing a discussion at an auditorium of Dhaka Reporters Unity (DRU) in the capital.

An online based organization K-Force organized the discussion marking the golden jubilee of the country’s independence.

Hasan said the propaganda mongers also carried out rumors that thousands of people would die due to COVID 19. “Even, they have propagated that the COVID 19 vaccine is Indian vaccine and it would not work. But, the propaganda mongers, ironically, are now taking the vaccines overtly or covertly,” he added.

The minister urged the countrymen to remain vocal against all types of rumors and to focus the achievements of the government and the country as well on social media.

He said about 7 to 8 crore people are using social media in Bangladesh. So, it is very important to post development activities in this platform, said Hasan, also Awami League joint general secretary.

Noting that characters of others are being assassinated by misusing the digital technologies at home and abroad by hiding the users identity, the minister said, the Digital Security Act (DSA) is the law which has been enacted to prevent those incidents and ensure safety for all people of the country.

He said it is the responsibility of the government to give security to all on social media platforms.

He said the many countries across the globe have act like DSA. And the DSA is for giving security to all people including journalists, writers, house wives, students, farmers, rickshaw pullers and labours to debar anyone from assassinating the characters of others, he added.

Criticizing the ‘civil society’, the minister said the number of the people who demand scrapping of the act is a very few. Bangladesh has a vast population and a few people who always stand in front of the press club and raise voice against the government do not represent the whole population, he added.

Criticising a comment of the BNP secretary general, the minister said Mirza Fakhrul Islam Alamgir raised many allegations against the government. But, the reality is that BNP has affiliation towards Israel, he added.

He said, when BNP was in power, the Israeli forces killed hundreds of Palestinians. “At that time, Awami League tried to table an obituary reference in Parliament on deaths of Palestinians. But, BNP did not agree to this as BNP has weakness to Israel,” he added.

The minister said the government didn’t buy any equipment from Israel.

“Actually, the party (BNP) becomes lunatic as the country has been turned into a middle income nation from least development country status. They (BNP) don’t like any development and progress of the state,” said Hasan.

Advisor of K-Force Barrister Jakir Hossain addressed the discussion as special guest with its president Mahjabin Khaled in the chair.