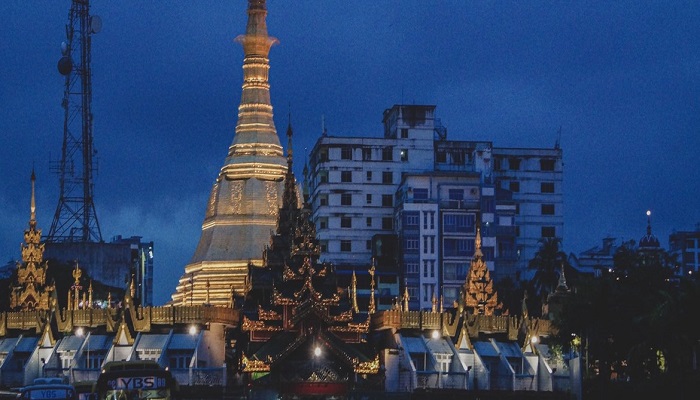 The United Nations Security Council has strongly condemned the violence against peaceful protesters in Myanmar and voiced “deep concern” at restrictions on medical personnel, civil society, labour unions and journalists, as demonstrations continue across the south-east Asian nation against the military takeover last month.

In a presidential statement, issued on Wednesday by the representative of the United States, Council President for March, the 15-member body also reiterated its call for the immediate release of all those detained arbitrarily.

“The Security Council expresses its continued support for the democratic transition in Myanmar, and stresses the need to uphold democratic institutions and processes, refrain from violence, fully respect human rights and fundamental freedoms and uphold the rule of law”, the statement read.

“It encourages the pursuance of constructive dialogue and reconciliation in accordance with the will and interests of the people of Myanmar”, the statement added.

The Council also called on the military in Myanmar “to exercise utmost restraint” and emphasized that it is following the situation closely.

In the statement, the Security Council expressed its strong support for the Association of Southeast Asian Nations (ASEAN) and its readiness to assist Myanmar in a positive, peaceful and constructive manner.

The Council commended the regional bloc’s continued efforts to engage with all relevant parties in Myanmar, welcoming its recent meeting and statements that “recalled the purposes and principles of the ASEAN Charter, notably the principle of democracy, adherence to the rule of law, good governance, the protection of human rights and respect for fundamental freedoms”.

The Security Council also reiterated its support to the Special Envoy of the Secretary-General on Myanmar for her good offices, and encouraged her “to maintain communication and her efforts to engage intensively” with all relevant parties in the country, and “to visit Myanmar as soon as possible”.

The 15-member Council also called for safe and unimpeded humanitarian access to all people in need, highlighting that the current situation “has the potential to exacerbate existing challenges” in Rakhine and other regions.

According to UN figures, separate from the political strife, about one million people are in need of support and protection across Myanmar. Response efforts, however, have been constrained by a difficult operating environment as well as disruptions to communication, transport and supply chains, and cash shortages, according to humanitarians.

“It is vital that the rights of minorities are fully protected”, it said.

A presidential statement is a statement made by the President of the Security Council on behalf of the Council. The statements are adopted at a formal meeting and issued as an official document of the UN’s primary body on international peace and security.

The current statement was issued in connection with the Council’s consideration of the item “The situation in Myanmar”.

Prior presidential statements on the country include one that was issued in November 2017, calling on the Government to end the excessive military force and intercommunal violence that had devastated the Rohingya community in Rakhine state.