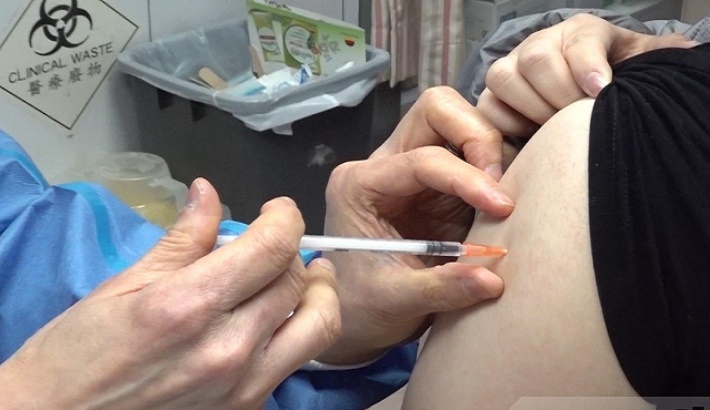 RTHK has learned that a third person has died in Hong Kong after taking the mainland-produced Sinovac vaccine – 10 days after the territory-wide inoculation programme was rolled out here.

Sources said on Monday that the 71-year-old man took the shot at a private clinic last Wednesday, and felt unwell on Sunday night.

He sought treatment at United Christian Hospital and passed away in the early hours of Monday. No information was yet available regarding the man's medical history.

The recent deaths have led to a substantial drop in demand for the Sinovac vaccine – despite the SAR government insisting that further investigation is needed to establish whether the fatalities have anything to do with the jabs.

Some 8,100 people received Sinovac shots on Sunday, down more than a quarter from the previous day.

Around 900 people, meanwhile, received the German-produced BioNTech jabs, up from 300 on Saturday – the first day they were available.

An epidemiologist from the University of Hong Kong, Ben Cowling, called on health officials to ease public concern by explaining what happened to the three who died after taking Sinovac jabs.

"These may be coincidental events. Obviously it's very concerning....I'm also concerned that after tens or hundreds of thousands of people have received the BioNTech vaccines, there could be similar events as well," he told RTHK.

Meanwhile, the government said it will stop publishing vaccine booking figures in its press statements, saying the numbers are misleading because they only reflect bookings at public vaccination centres, but not private clinics.

It said a better way to reflect the actual situation is for it to release inoculation rates instead.