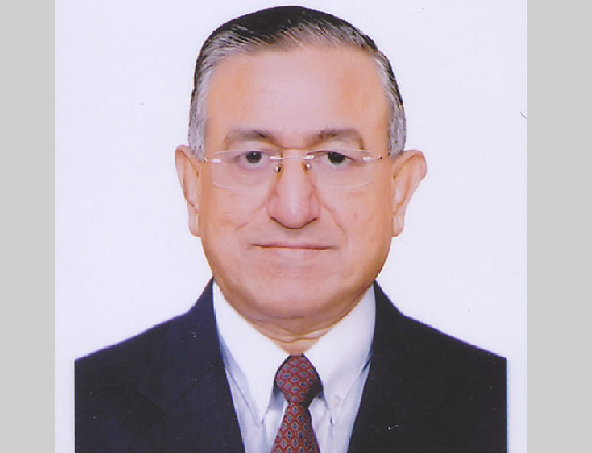 Daily Sun Editor Enamul Hoque Chowdhury has been admitted to Evercare Hospital in the capital after he fell sick suddenly.

He experienced a serious breathing problem with dry cough and rushed to the hospital on Wednesday afternoon.

As his physical condition deteriorated, he consulted doctors at Evercare Hospital in Bashundhara Residential Area of the capital.

Later, Enamul Hoque underwent some tests and got admitted on the advice of the attending doctors in the evening.

However, he tested negative for Covid-19.

The Daily Sun editor was receiving treatment under the supervision of Prof Borhan Uddin Ahmed of Internal Medicine Department.

Bangladesh Sports Journalists Association (BSJA) has sought ‘doa’ from all for early recovery of Daily Sun Editor Enamul Hoque Chowdhury, also a member of the BSJA, from his sickness.

Prior to joining the Daily Sun, Enamul Hoque served as Minister (Press) at Bangladesh High Commission in New Delhi.

He was also a commissioner of the National Human Rights Commission, Bangladesh.