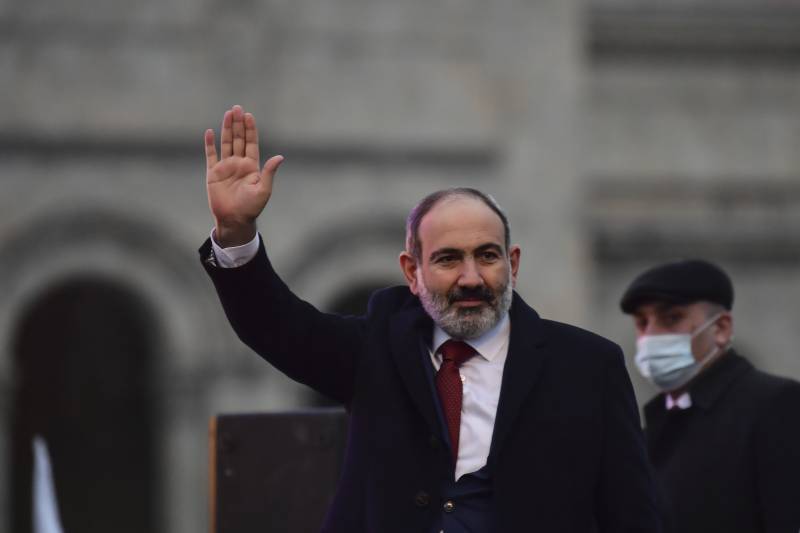 Armenia appointed a new military chef on Wednesday after his predecessor was dismissed for calling on the prime minister to resign in a move that deepened a protracted political crisis.

Prime Minister Nikol Pashinyan dismissed the army's chief of staff Onik Gasparyan last month, accusing him of staging a coup after he called for Pashinyan to resign.

Pashinyan has been under pressure to step down for mishandling Armenia's war last year with Azerbaijan for control of the Nagorno-Karabakh region.

Gasparyan's call on February 25 for Pashinyan to resign sparked mass protests, with the prime minister's supporters and critics flooding the streets of the capital Yerevan.

Pashinyan said Wednesday his order two weeks ago to dismiss Gasparyan had come into force.

Gasparyan said he would fight back against Pashinyan's decision to fire him at an administrative court.

He vowed to continue serving Armenia without specifying in what capacity and repeated his call for Pashinyan's resignation.

"A resolution of the current crisis will only be possible if the prime minister resigns and snap polls are held," he said.

Some 2,000 anti-government protesters marched Wednesday in the streets of the capital Yerevan with the same demand.

Hundreds of opposition supporters have camped out for several days in tents outside parliament and overnight Tuesday blocked entrances to the building.

"They can only enter parliament to vote for Pashinyan's dismissal."

Calls for Pashinyan to leave his post began in November when he signed a Russian-brokered ceasefire agreement with Azerbaijan that ended six weeks of fighting for Nagorno-Karabakh.

Under the deal -- which many in Armenia see as a national humiliation -- Yerevan agreed to hand over swathes of territory to Azerbaijan.