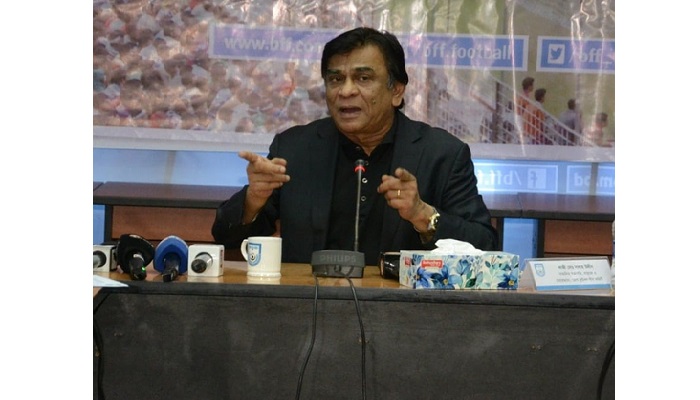 The ultimatum was given in the first meeting of the committee, chaired by BFF president and committee chairman Kazi Md Salahuddin, at BFF house in Motijheel on Wednesday.

Among 64 DFAs, 13 DFAs successfully ended their respective football leagues. Three DFAs -- Nilphamari, Rangpur and Meherpur -- are currently running their leagues while two DFAs -- Chattogram and Bogra -- postponed their leagues due to the pandemic outbreak last year.

Total of 12 DFAs including Dhaka are scheduled to start leagues this month. Two DFAs -- Narayanganj, Munshiganj are expected to hold leagues in April while four DFAs -- Faridpur, Bagerhat, Khulna, Narail in May and Rangamati in June.

Total of 20 DFAs are yet to inform BFF about their activities and the rest of the seven DFAs have been facing different crises. After the day’s meeting, Kazi Salahuddin told the reporters that the court or FIFA will take the final decision if they failed to perform their duties. “We, BFF and DFAs, have to work together for the development of football.

We have started a process from today (Wednesday). I gave them a message that the court or FIFA will take the final decision if they failed to perform their respective duties. I won't be able to do anything then,” said Salahuddin. “The present picture of DFAs is not very good. Most of them are more interested in elections than playing football.

Most of them are not active. My message is DFAs and BFF should play their respective roles. If we play our roles sincerely, the country's football will thrive,” BFF president added.

FIFA asked for detailed explanations from the federation regarding the involvement of councillors and committees with BFF. “FIFA have changed their constitution. They are monitoring the five regions of Asia and their member associations as well as observing their constitutions. They want to know about our 139 voters and subcommittees. They want to know about their involvement with us and activities in football. My office is closely working with FIFA,” BFF chief ended.

The committee thanked 13 DFAs for arranging their leagues and told them to submit expenditures to BFF. The committee also decided to conduct audits in two or three DFAs.