Many poor and helpless people have been suffering from eye ailments in various parts of the country. They are living a miserable life without treatment. They have no scope of receiving advanced treatment within their reach. They do not afford treatment in Dhaka, let alone abroad. Many of them have lost their visibility. Once they were full of light, but now plain darkness has gripped their lives.

This prompted Bashundhara Group Chairman Ahmed Akbar Sobhan to establish Bashundhara Eye Hospital and Research Institute (BEHRI). He wanted to give back the visibility to the eye patients.

Bashundhara Group’s motto is “For the People, for the Country”. Since its inception, the country’s largest business conglomerate has been standing by the helpless people being imbued with patriotism.

Bashundhara Group Chairman Ahmed Akbar Sobhan continues to do charities and perform various philanthropic activities to take forward the people, the society and the country. He established several public welfare-oriented organisations. Established in Block-D of Bashundhara Residential Area in Baridhara of the capital, the BEHRI started its operation with state-of-the-art decorations and modern treatment facilities in 2014.

“Industrialist Ahmed Akbar Sobhan has a dedicated religious heart. He is working for the cause of Islam and people. He always thinks about ensuring public welfare. Apart from harbouring good faith in Islam, he spends money for the reason. Nothing can stand as impediments to those who love Allah and people,” Mufti Abdur Rahman said.

Addressing the inaugural ceremony, Bashundhara Group Chairman Ahmed Akbar Sobhan said, “I cherish human welfare. It’s my dream to dedicate myself to the cause of humanity. This idea prompted me to establish the eye hospital. I’ll be encouraged to establish more hospitals if people benefit from the BEHRI.”

The Bashundhara Group Chairman has translated the word into work by establishing more such hospitals and health care centres afterwards.

Prof Dr Md Saleh Ahmed, Honorary Director of BEHRI and Chairman of Vision Eye Care Foundation, said, “I dreamt about establishing a quality hospital for the treatment of the poor and destitute people. No sooner had I shared the idea than the Bashundhara Group Chairman responded to it positively. The magnitude of his contribution is more than our expectation. He has set a rare example of humanity and charity at home and abroad.”

Ahsan Habib, manager (Administration and Human Resources) at the BEHRI, said the hospital is operating for all classes of eye patients with special emphasis on the helpless and hapless ones.

Zakat fund is being used for the destitute, he said. Hailing from various parts of the country, the helpless people receive eye treatment and surgery from the BEHRI.

“The poor and elderly people who don’t afford treatment in Dhaka are taken to the BEHRI. They’re sent back home after treatment is over. The cost of travel, food and medicines are borne by the hospital management,” Habib said.

The BEHRI is the only hospital in Bangladesh to have adopted all modern treatment technologies and facilities. It has some equipment that are absent in other hospitals. The cost of treatment here is nominal. General and insolvent people can receive outdoor services at Tk 100 and consult specialist physicians at Tk 200. The hospital is equipped with four modern operation theatres, laboratory and cabins for the patients.

The hospital is always crowded with patients and their relatives who come from various parts of the country due to its popularity.

Hailing from Gazipur, Lutfar Rahman took his elderly father to the hospital a few days back.

“People praise the hospital to the skies for low-cost and better treatment. So, I took my father to the hospital. My father underwent a minor operation. We’re very much satisfied with the treatment. We can’t simply imagine such quality treatment and service at a nominal cost. But it’s available in the BEHRI,” he said.

Mehdi Hasan, an employee of a private organisation, said, “I was worried about my son’s eye problem. Previously, I consulted doctors in various hospitals but in vain. Finding no way, I took my son to the BEHRI. I’m happy that my son has cured.”

Many other patients expressed their satisfaction with the environment and treatment of the eye hospital. Failing to get expected treatment in other hospitals, they resort to the BEHRI. 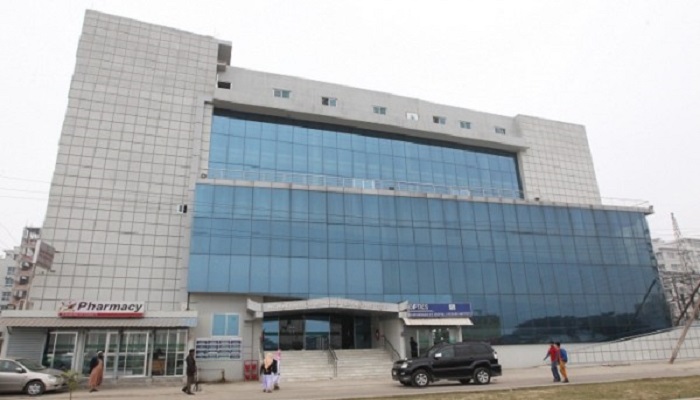