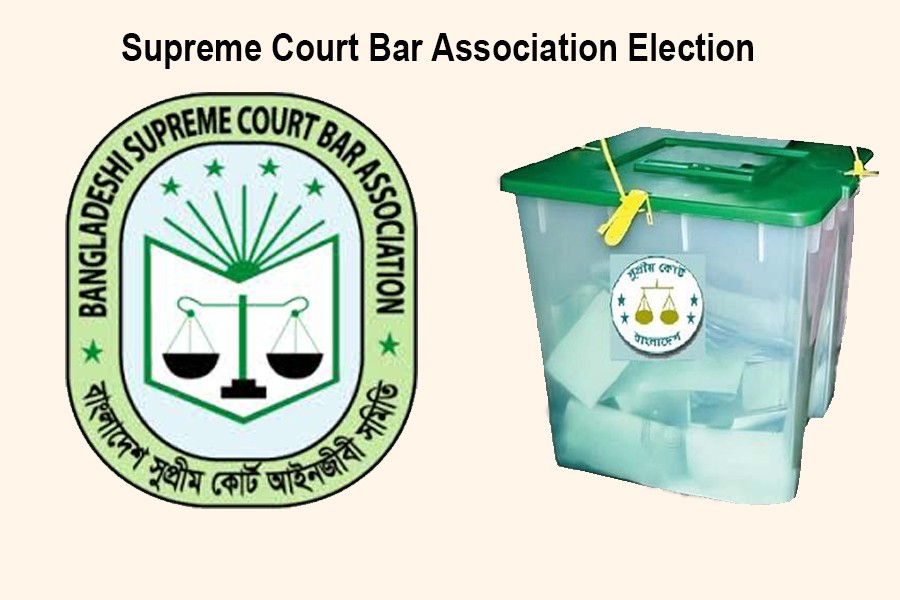 Voting in the two-day polls began at 10am on Wednesday and will continue until 5pm with one-hour break.

Balloting will resume from 10am Thursday and continue until 5pm, said Kazi Jaynal Abedin, member of SCBA election conducting committee.

The elections are being held in fourteen posts--seven for secretarial posts and the rest are executive posts.

Besides, 24 candidates are fighting for seven executive member posts.