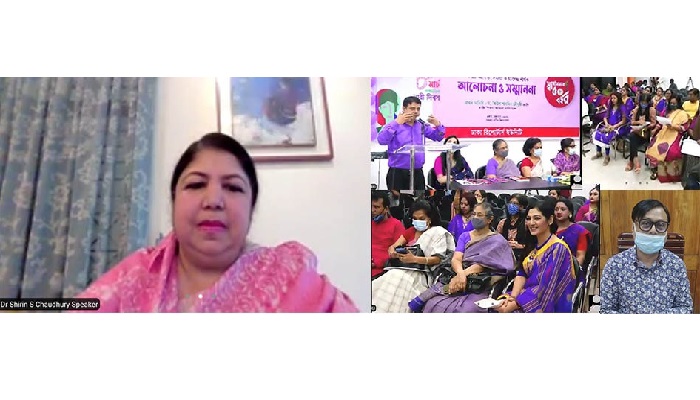 “Combination of female ability and available opportunity has to be ensured for achieving gender unbiased society,” she said.

She said women are succeeding in all sectors by dint of their potentials and sincerity, she said, adding that participation of female in journalism is notable.

Father of the Nation Bangabandhu Sheikh Mujibur Rahman sowed the seeds of gender equality and women empowerment in the Constitution in 1972.

About women empowerment during Awami League rule, she said “Prime Minister Sheikh Hasina hiked number of female reserved seats in the parliament to 50. Besides, 23 women MPs are directly elected in the current term. The government has increased maternity leave for pregnant women to six months.”

She was addressing discussion meeting titled “Success of women in various fields in five decades, problems and challenges” held at Dhaka Reporters Unity (DRU) on Tuesday. She virtually attended unveiling of DRU female members’ magazine “Kanthaswar” as the chief guest.