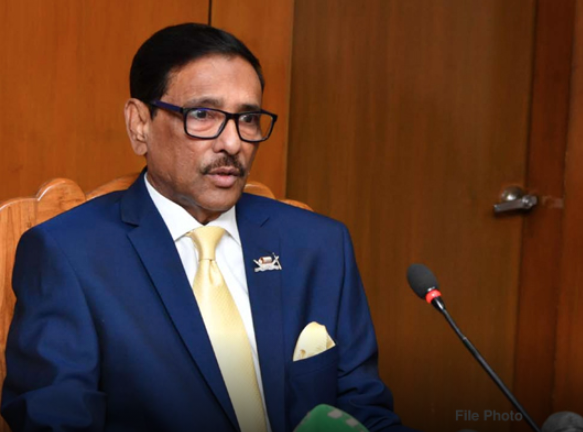 Awami League (AL) General Secretary Obaidul Quader said on Tuesday BNP is the patron of the evil forces who want to resist the progress of women in the name of religion.

“Prime Minister Sheikh Hasina’s government believes in the acknowledgment of women’s employment along with their economic and political empowerment,” he said while addressing a routine press conference on the contemporary issue at his official residence.

Protesting BNP leaders’ claim that the women of this country are being deprived of their rights, Quader, also road transport and bridges minister, said the present government’s initiatives to establish dignity and honor of the women along with their social and political empowerment have already been lauded at home and abroad.

The BNP leaders made this claim at International Women’s Day programme in the city.

Referring to the AL government’s contribution to women development, Quader said the government has created opportunities for women to study free of cost up to the 12th grade along with providing security to women workers at their workplaces. “Even the women representatives are being elected directly at the local government organizations and the number of women reserve seats has been enhanced in parliament,” he added.

Mentioning that mortgage-free loan is being disbursed to the women entrepreneurs, the minister said women participation is increasing in the challenging jobs, adding that writing the mothers’ name has been made mandatory along with the father’s name for child birth registration.

In women empowerment, the ruling party leader said, “Only the government led by Sheikh Hasina has proved that her government is more women friendly than any other governments in the past after 1975.”

Referring to thousands of rape incidents like those of Fahima and Purnima during the BNP regime, Quader said the repression carried out by the BNP on the minority women in 2001 was worse than that by the Pakistani occupation forces in 1971.

Sheikh Hasina’s government is strict against those involved in women repression and also very much careful to open the doors of all the potentials of women development, the minister told the press briefing.

About a woman passenger who was thrown away from bus at Rohitpur in Keraniganj that was reported in mass media and become viral in the social media, the ruling party leader said, “The incident is unexpected and deplorable. Strict instructions have already been given to the BRTA for taking necessary action against the accused.”