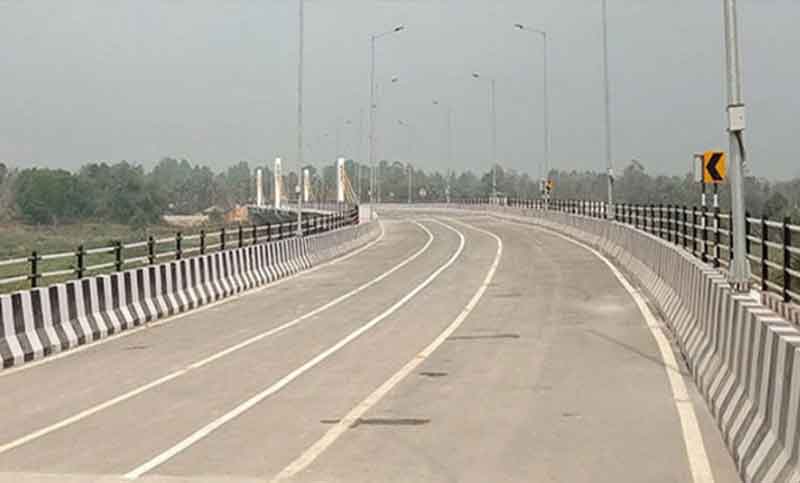 The Indian premier also inaugurated and laid the foundation stone of multiple infrastructure projects in Tripura during the event.

Prime Minister Sheikh Hasina delivered her speech via video message during the inauguration.

The ‘Maitree Setu’ will establish highway network between the two countries at Tripura point.

Hasina and Modi were supposed to inaugurate 'Maitri setu' during the latter’s upcoming Dhaka visit. At the request of PM Modi, the inauguration has taken place earlier.

With this bridge, Tripura is set to become gateway of northeast with access to Chattogram Port of Bangladesh, which is just 80 km from Sabroom.

The 1.9 km long bridge joins Sabroom in Tripura with Ramgarh in Bangladesh.

The bridge was constructed by the National Highways and Infrastructure Development Corporation Ltd of India with a cost of Tk 133 crore.