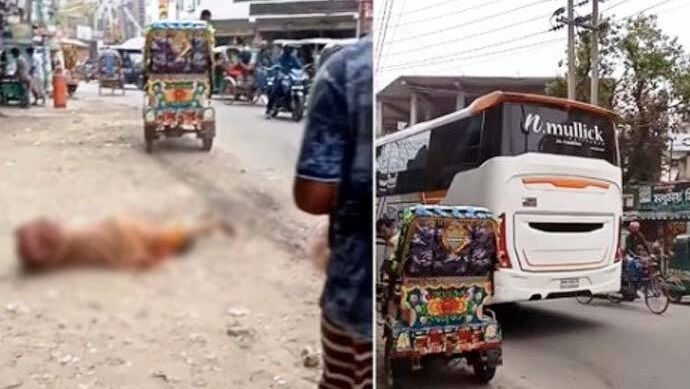 RAB arrested the driver and the helper of the n.mullick Paribahan over the incident of throwing off a speech-impaired woman passenger, who was unable to pay fare of the bus, in Keraniganj of Dhaka.

The arrestees were identified as bus driver Md Sabuj, 25 and helper Md Nahid, 19.

He said that the duo were arrested from Kutiamara area of Keraniganj in a overnight drive. The bus in connection with the incident was also seized, he added.

The incident took place in Rohitpur Bazar area of Keraniganj on March 7 and came to light through a video that went viral on social media platforms in the country.

The details about the drive will be revealed at a press briefing later on the day at RAB headquarters.