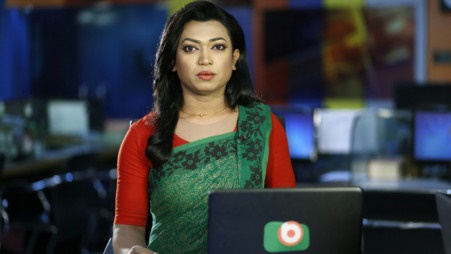 She is the first transgender news presenter in the country.

About her appointment, Tasnuva said, “It is a great achievement for me to be able to break gender discrimination in the year of the golden jubilee of independence."

The channel has also appointed a transgender woman in the entertainment department, who begins a drama named "Chapabaz".

Tashnuva has recently earned her scholarships in two categories to pursue higher studies in the Master of Public Health (MPH) program at the James P Grant School of Public Health (JPGSPH), Brac University, along with Ho Chi Minh Islam, another iconic transgender woman in the country.