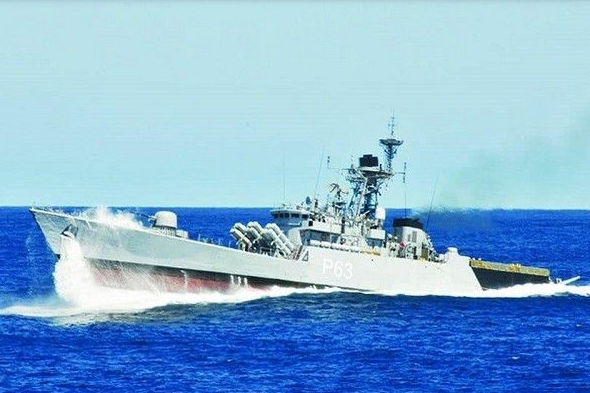 As part of the 'Swarnim Vijay Varsh' celebration commemorating 50 years of the 1971 war triumph against Pakistan, Indian Naval Ships are scheduled to make the first-ever visit to the historic port town of Mongla in Bangladesh from March 8 to 10.

According to an official release, Indian Naval Ships Sumedha, an indigenously build Offshore Patrol vessel and Kulish, an indigenously built guided missile corvette, are scheduled to make a port call at Mongla from March 8 to 10 to commemorate the ongoing Swarnim Vijay Varsh and reiterating the historic Indo-Bangladeshi friendship.

"This is the first time that any Indian Naval Ship is visiting the port of Mongla in Bangladesh and the visit is aimed at paying homage to the Bangladeshi and Indian combatants and citizens who laid down their lives during the Liberation War of 1971, and reiterate India's firm resolve and commitment to maintain peace, stability and good order in the region, in line with SAGAR - Security and Growth for all in the Region, as articulated by the Prime Minister of India," the statement read.

On behalf of the Chief of Naval Staff, the Commanding Officers of the ships will call on the senior Bangladesh Navy hierarchy to reaffirm the Indian Navy's solidarity and partnership with Bangladesh.

Following all COVID-19 protocols, the ships' crew will participate in professional and cultural exchanges as well as friendly sports fixtures with their counterparts in the Bangladesh Navy, further enhancing synergy between the two navies, the statement added.

On Thursday, External Affairs Minister (EAM) S Jaishankar embarked on his official visit to Dhaka to prepare the ground for Prime Minister Narendra Modi's upcoming visit to Bangladesh, wherein he held talks with his counterpart on the progress of bilateral ties. This will be PM Modi's first foreign trip in over a year mainly because of the COVID-19 pandemic.

India and Bangladesh are celebrating 50 years of the liberation war in which the Pakistan Army was thrown out of Bangladesh and 90,000 of their troops were made to surrender.

Meanwhile, a number of events are being organised by both countries to celebrate the 50th anniversary of the decisive war.