The resurrection of a phoenix bird 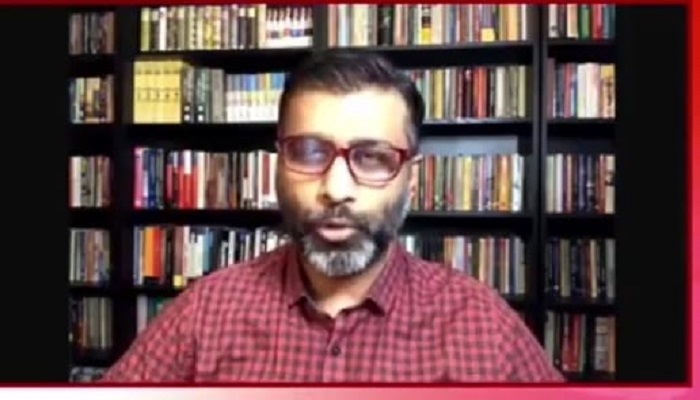 The life of Joseph-Harris-Anis-Aziz-Tipu, their three sisters, their father Mr. Wadud and mother Renu Begum had started like a nightmare. Mr. Wadud was a senior employee of Bangladesh Biman. He took a loan from the house building corporation, sold some ancestral lands in the village and bought a two-storey house at Mohammadpur in Dhaka for his family to live in. The story revolves around the late eighties or early nineties. At one stage, the house became occupied and the family was on the streets with the children. The second brother Aziz was most likely a captain or a major at that time, being posted out of Dhaka. Being an army officer, Aziz was helpless as he was in government service. The other brothers tried hard to hold on to the family home. But ultimately, their father had to sell some more ancestral lands in the village to pay part of the loan. This is the story of how the occupation of their house was cleared.

Joseph started living in this city, just like you and me. He was an incredibly good student. Aziz joined the Bangladesh Army on his own merit. He started building his career in the force. Their elder brother Anis tried to help his father raise the family. Harris had some involvement in politics. He was trying to create a place for himself in this city. Tipu was the quiet and talented member of the family, who was also a little emotional in nature. He got married when he was only a higher secondary student.

It was around 1991-92, Morshed a top terrorist of Mohammadpur, stabbed Joseph in the back without any reason. Joseph did not do anything other than not showing ‘respect’ to some gang members of Morshed. So, that was the beginning of the trouble. Joseph gradually entered politics as a member of Bangladesh Chhatra League (BCL) during the period of BNP rule. Joseph was involved in BCL activities while Harris wanted to settle down in Juba League politics, and their elder brother Anis was struggling to pull the family out of the financial trouble. And the second brother was in the army.

Morshed used his power negatively during the BNP rule. Joseph was harassed in every respect, either beaten in the street or smashed on the head from the back, while Harris was unable to pass his nights at home. The stab wounds of nineties had injured Joseph seriously also damaging his lungs. He had to suffer the pain for a long time, some of which he spent in jail. He still suffers from the pain of the old wounds. Furthermore, the members of the Morshed group had attacked him from behind and injured his head with an iron rod. His head was also severely injured though he survived.

One evening, Morshed and his gang members attacked Joseph's house in Mohammadpur. None of the brothers were at home at the time. Morshed and his gang fired guns and turned the house of Mr. Wadud upside down. Unfortunately, Mr. Wadud and his family did not get any justice during the regime of BNP. At that time, Salu, Setu and many other inferior activists of BNP were very influential.

In 1993, Mr. Wadud died. Anis, Aziz, Joseph, Harris and Tipu lost their home - the only shelter over their head. The entire family fell into bad time. The ugly reality is that cruelty of people, politics and a harsh life had started Joseph on the path of vengeance. So, he hit back for his survival. Joseph had lost all hope for his life. He felt helpless and lost his way. Harris did the same. They did not want to escape anymore. They refused to be oppressed anymore. Their sisters were unable to go to school. Their home was attacked frequently, police raided as and when they wanted. The entire family, in fact, was facing trouble. Suddenly one day, Joseph’s elder brother Anis opened a mosquito stand from the bed and started beating him. The only thing he said was why Joseph got involved in all this? Who told him to get into politics? The Joseph we see in this story was born again after this. At present, they have named him as terrorist Joseph. But those of us who grew up in Mohammadpur, Adabor and Shyamoli, where our roots lie, we know the story of this family as we know this family very well.

However, Joseph and Harris got involved in crime at some point but it was not through their own choice. Joseph endured torture and cruelty because of his political leanings. The man who was always with his family and yet could not sleep home at night - had learned to hit back. He did it for his survival. We term Joseph or Harris as terrorists now. But how many people know the background of their story? Anis was out of Dhaka for business. But his name was enlisted in the murder of Mustafiz. The most respected brother in this family has been accused in a crime. Later, he was arrested in the case.

Sheikh Hasina's men? That is funny and it makes us laugh. All three brothers were arrested in 1996 and the charge sheet was given against them. At one stage, the elder brother Anis was also harassed for some time, accusing him as Mosleh Uddin, the murderer of Bangabandhu. And like a nightmare, Haji Maqbool, the then influential Member of Parliament of the region, had been behind the family since their coming to Dhaka. In 1999, during the Awami League regime, the top terror Emon killed Tipu, who was the most talented and calm boy in the family. Tipu’s dead body lay on the streets. A name pops up in mind - Bihari Javed. Javed was the informer against Tipu. He informed where Tipu goes, how he meets Joseph and other details of their family. But did we protest against this murder? We didn’t because Tipu is the brother of Joseph. Joseph in our mind was filled with all negative impressions. There had been no trial for the murder of Tipu.

Were Joseph or Harris involved in various crimes? There is no way to deny that we can accuse Joseph or Harris on various charges now. But why did a talented boy like Joseph start walking on the thorny street of crime? Why did the peace-loving boy turn into a man of revenge? Have we ever thought about that? Joseph, seeing the oppression and injustice to his family, was forced to step on this path - a fact we are actually afraid to admit. A so-called skepticism prevents us from revealing the truth. The man who could not eat alone, the man who could not live alone, the man who hugged his sister when afraid in the dark, had to step into the darkness of crime. He had to spend 22 years in prison.

I remember one Kala Jahangir, he too must have had a similar story. The boy who got star marks in the SSC exam registered his name as a top terrorist in retaliation for being beaten on the street. His mother was a school teacher and brother was in the army. Everyone has a story behind their turning to crime.

Aziz Ahmed came from a struggling family. He has worked in the Bangladesh Army with devotion for so many years. He was also promoted during the BNP rule and again during the Awami League rule. All citizens should salute him for his outstanding success amid such a crisis in life. But instead of doing so, they think why should Joseph's brother be the army chief? This is the question most people are asking these days. It means that this society will create a Joseph but will not allow an Aziz to be created. This is the cruel and ugly side of this society.

This family had to go through so much darkness, but after all the brothers protected the family with their affectionate compassion. The sisters of this family have received higher education. Anis, the eldest son of this family, had to run away for a long time without committing any crime, bearing the liabilities of a fabricated case. The man who was not present at the time of the incident became the accused in a murder case.

Well, what can anyone say – after receiving nine bullet shots - which Harris supposedly had shot from his licensed pistol, in fact, it would not be possible for anyone to talk even if someone receives just one bullet injury. In the last breath of life, it is not possible for a victim to deliver the perfect description of a murderer or to explain who the killer is. Moreover, when Mustafiz was killed, he had a revolver in his waist. How could that happen? And how could Joseph shoot him with that revolver? Was that revolver legal? Did not Joseph take his own revolver for the killing? Was Joseph going to kill with empty hands like film heroes? There are so many questions… I will answer most of them one after another gradually once I get the case copies. Once I have started to tell the story, I will get to the end of it. Why should people know only half of the story? Let me share the entire thing as everyone needs to know the story of how Anis got trapped, how Joseph and Harris became known as terrorists.

(Important note: all the statements in this article are solely the view of the author)