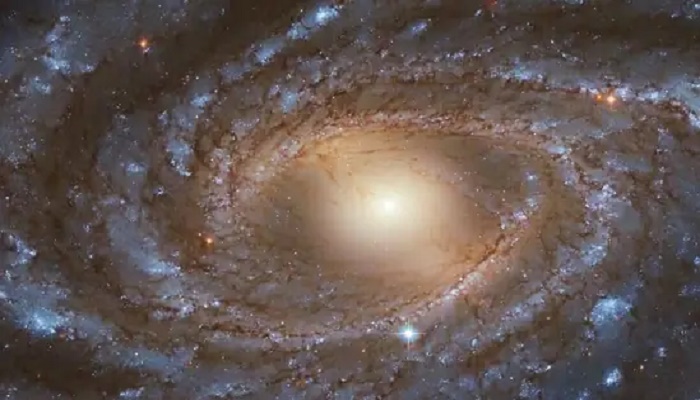 If you’re someone who loves following different social media profiles managed by Nasa, then you may be aware of the wonderful images they often share that showcase the vast world outside our Blue Planet. These posts often leave people amazed and amused, both at the same time. Case in point, this pic of a galaxy called NGC 2336 shared on the space agency’s official Instagram profile. Alongside, they also shared interesting facts about this galaxy located “a casual 100 million lightyears away.”

“How Big, How Blue, How Beautiful,’ Nasa wrote while sharing the picture. “Our @NASAHubble Space Telescope captured this view of a galaxy a casual 100 million lightyears away. NGC 2336 is the quintessential galaxy, which stretches 200,000 lightyears across. It was originally discovered in 1876 by German astronomer Wilhelm Tempel, using a 0.28-meter (11 inch) telescope. It’s safe to say, this Hubble image is so much better than the view Tempel would have had,” they added.

In the next few lines, the space agency explained what the red central part and the bright blue lights in the picture denote. "Pictured here, NGC 2336’s spiral arms glitter with young stars, visible in their bright blue light. In contrast, the redder central part of the galaxy is dominated by older stars," they shared.

Since being shared a little over seven hours ago, the picture has gathered more than 9.4 lakh likes. It has also accumulated tons of comments from people. They couldn’t stop expressing their amazement.

“We are such a small part of the entire universe,” wrote an Instagram user. “Stuff like this will forever blow my mind. It's so beautiful,” shared another. “What a beauty,” expressed a third.