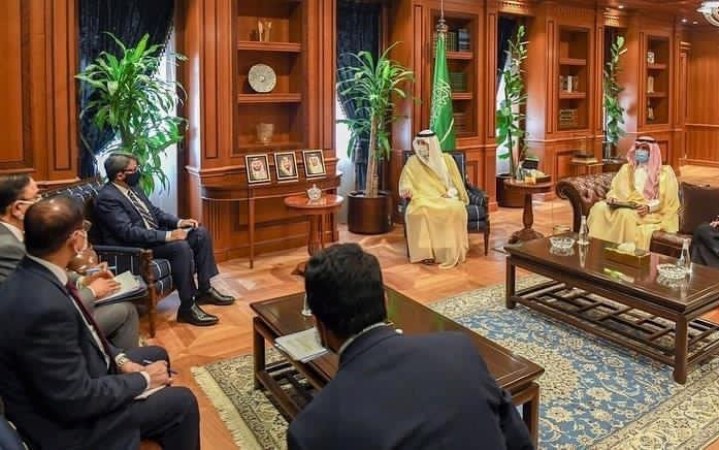 He highly praised the remarkable sustained economic growth of Bangladesh carried out in last one decade under the able leadership of Prime Minister Sheikh Hasina.

He continued, the recent UN decision to graduate Bangladesh from LDC category to the middle-income country is a testimony of this success.

He fondly remembered the historic ties between this two countries and the valued contribution of the Father of the Nation Bangabandhu Sheikh Mujibur Rahman to its independence and laying foundation of Golden Bengal.

State Minister Shahriar Alam mentioned that under the visionary leaderships of both the countries, the relations have elevated to a strategic level. For advancing from this point, he emphasised on exploring further avenues of cooperation on international issues based on common interest and goals and economic ties.

Bangladesh State Minister stressed on regular Business to Business dialogue to explore bilateral trade and investment opportunities in Bangladesh. He urged on signing an MoU between Public-Private Partnership Authority of Bangladesh and competent Saudi authority, which would enable Saudi investors to invest in Bangladesh on PPP projects.

Saudi State Minister Adel Jubeir replied in positive stressing on potential Saudi investors to invest in a vibrant economy like Bangladesh and hoped they will soon sort out the MoU issue regarding PPP.

On a proposal from the Bangladesh State Minister for joint venture in contract farming in suitable African countries where Bangladesh can provide its expertise in agriculture and manpower, Saudi State Minister welcomed the proposal.

Shahriar Alam expressed his government’s deep gratitude to the Saudi King and Crown Prince for allowing all the foreign residents irrespective of their legal status for access to free COVID treatment and inoculation, which has saved many lives of expatriates including Bangladesh community living in the Kingdom.

In reply to a request, State Minister Jubeir assured of considering and interim arrangement for the irregular Bangladesh expatriates to have access health facilities and employment.

State Minister Alam also requested to reappoint a cultural attache at the Saudi Embassy in Dhaka, so the service seekers’ would not need to send their documents to New Delhi for attestation and Saudi side took note of that.

Both the State Minister agreed to expedite the pending Agreements and MoUs and to hold first Foreign Office Consultation where the whole gamut of bilateral relationship could be discussed.

Early in the morning, State Minister Shahriar Alam laid a wreath at the portrait of the Father of the Nation Bangabandhu Sheikh Mujibur Rahman and attended a webinar to mark the historic 7th March.

In the evening, he attended another international webinar on ‘historic 7th March speech by Bangabandhu focusing on historical and political perspective’.

Shahriar Alam is in the Kingdom in his 3-day official visit there. The meeting was held in a very cordial atmosphere followed by a lunch and walking tour in the Foreign Office building.

State Minister Alam would be meeting the OIC Secretary-General today at his office in Jeddah to discuss concern issues.