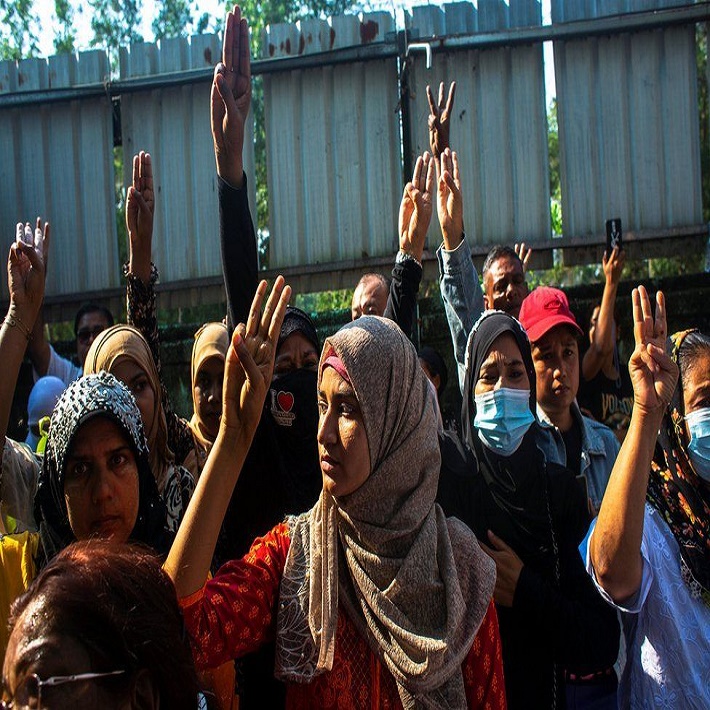 An official from Aung San Suu Kyi's party has died in custody in Myanmar after being arrested during raids by security forces in Yangon.

On Sunday the body of U Khin Maung Latt was released to his family, who were reportedly told that he had died after fainting.

Photos show a bloodstained cloth around the 58-year-old's head.

Activists say he was beaten while being detained by police and soldiers, and subjected to a harsh interrogation.

Protests continue against last month's coup despite a bloody crackdown.

The UN says more than 50 people have been killed since the military detained Ms Suu Kyi, Myanmar's democratically elected leader, on 1 February.

The authorities have exhumed the body of one victim, 19-year-old Kyal Sin, and said she had not been killed by police as she had been shot from behind.

How did U Khin Maung Latt die?

He actively campaigned for candidates of Ms Suu Kyi's National League for Democracy (NLD) in recent general elections and was also known for his welfare work, The Irawaddy reports.

He had been "violently beaten and kicked before being taken from his home" at around 22:00 (15:30 GMT) on Saturday, according to witnesses quoted by the news outlet.

On Sunday morning, his family was informed he had died after "fainting" and they collected his body from a military hospital.