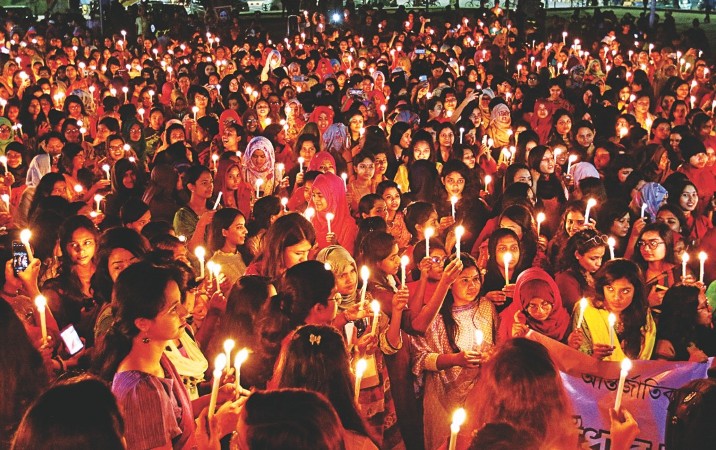 International Women’s Day will be observed today in Bangladesh as elsewhere in the world with a call for ensuring women’s rights.

To mark the day, different socio-cultural organisations will organise programmes focusing on women’s rights and progress made by them in the economic, social, political and other fields.

This year's theme for the day is “Women in leadership: Achieving an equal future in a COVID-19 world.”

In his message on the occasion, UN Secretary-General António Guterres stated that this year’s day highlights the transformative power of women’s equal participation as the COVID-19 pandemic has erased decades of progress towards gender equality.

The Prime Minister will virtually join a discussion and cultural programme to be organised by the Ministry of Women and Children Affairs at Bangladesh Shishu Academy Auditorium.

The day’s events began at midnight with different rights groups congregating at the Central Shaheed Minar to light candles in a symbolic move to dispel the ‘darkness’ that women live in.

Different groups under different banners will hold rallies and processions throughout the day.

The capital’s Shahbagh intersection and Topkhana Road in front of the Jatiya Press Club will also see a series of programmes, including human chains and discussions.

Besides, a procession at Shahbagh bearing torches will be held in the evening and various social and cultural groups will put up visual and theatrical performances in different parts of the country.