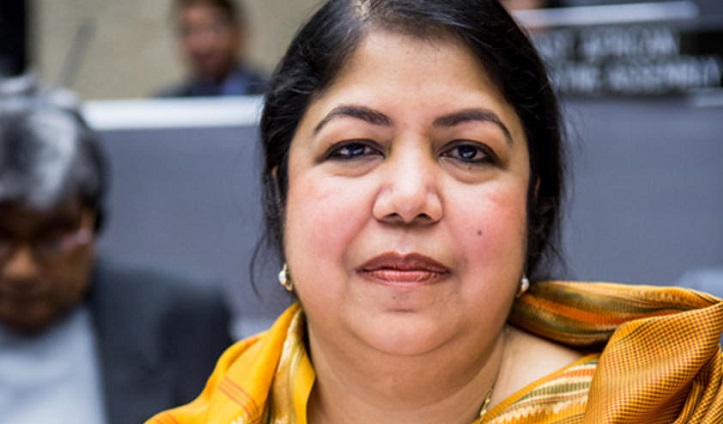 The March 7 is milestone in defining fate of Bengali nation as Father of the Nation Bangabandhu Sheikh Mujibur Rahman delivered his historic speech on the day setting off preparations for liberation war, said Jatiya Sangsad Speaker Dr Shirin Sharmin Chaudhury.

“People regardless of caste, religion and colour took part in the liberation war in 1971 responding to the clarion call of Father of the Nation Bangabandhu Sheikh Mujibur Rahman,” she said.

She said UNESCO recognises the historic  March 7 speech of Bangabandhu as part of world's documentary heritage as the speech paved the way for uniting people of all classes in the cause of protecting rights of Bengali nation.

The government has announced the March 7 as a national day, she said.

Dr Shirin Sharmin was addressing as the chief guest at a discussion meeting titled “Women in leadership: What does it take?” held in Bangabandhu International Conference Center (BICC) of the capital on Sunday. The event was organised by United Nations in Bangladesh.

Stressing gender equality, she said women contribute a lot to the socioeconomic development requiring to be integrated into the mainstream society.

“Apart from handling household chores, the women are performing official and other jobs well. They are constantly showcasing their ability. It is imperative to establish women leadership in everywhere of the society through pragmatic and innovative policies.”

The Speaker hailed Prime Minister Sheikh Hasina for being recognised as one of the three Inspirational Women Leaders.

The women leadership is important to face the challenges of corona pandemic, she said.