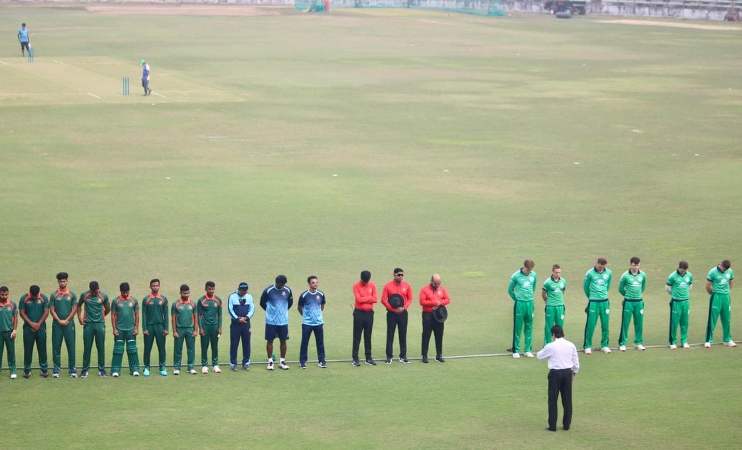 The second game between Bangladesh Emerging Squad and Ireland Wolves will take place on March 7 after all the cricketers in the tourist camp were found out negative.

Bangladesh Cricket Board officials confirmed the development to Daily Sun adding the Ruhan Pretorius, who was found corona positive that forced them to postpone the opening game, also tested corona negative in his second test after being tested positive earlier.

‘’The game will take place as per schedule as Ireland Wolves agreed to play the second match of the series on March 7 after all were found corona negative from their camp,’’ said BCB High Performance manager Jamaluddin.

‘’Pretorius was also found negative in the latest test,’’ he added,

The first of five-match one-day series between Bangladesh Emerging Team and Ireland Wolves was suspended on medical advice in Chattogram on Friday after one Covid-19 positive case was found in the Wolves squad on Friday.

Bangladesh Emerging team were batting on 122-4 in 30 overs after being asked to bat first by Wolves when the news came out that pacer Ruhan Pretorius, who also bowled four overs and got a wicket in the contest, tested Covid-19 positive.

Earlier, Bangladesh Emerging XI had won the only unofficial Test by an innings and 23 runs.

The next two one-day games will be played on March 7 and 9 respectively at the same venue while the Sher-e-Bangla National Cricket Stadium will host the remaining two one-dayers on March 12 and 14. The two T20s will take place at the SBNS stadium on March 17 and 18.