US has obligation to address genocide in Xinjiang by China: Nancy Pelosi 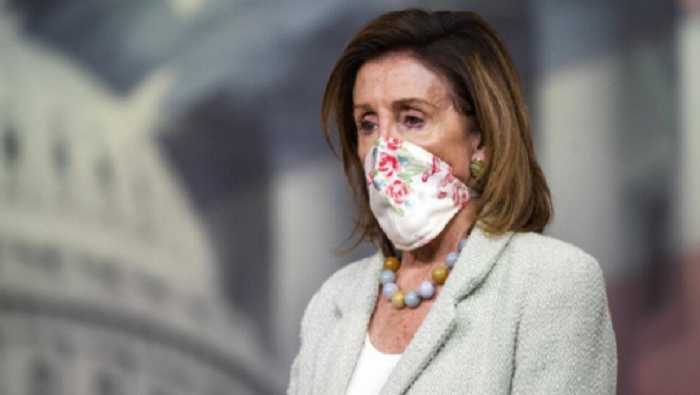 The United States Speaker Nancy Pelosi has expressed solidarity with the Uyghur community amid the ongoing human rights abuse in China and affirmed her view that the United States has an “obligation to address the genocide”.

“If we don’t speak out clearly for human rights in China because of commercial interests, we lose all moral authority to speak out for human rights any place in the world,” she said after a meeting through video conference with the representatives of Campaign for Uyghurs.

During the meeting, held on March 1, the Campaign for Uyghurs informed the Speaker about the updates and legislative priorities relating to stopping the Uyghur genocide, according to an official statement.

Dr Rishat Abbas, Senior Advisor to CFU and the World Uyghur Congress, said, “Uyghurs are facing unprecedented atrocities, so horrific that the United States and the Canadian Parliament declared China’s actions against the Uyghurs as genocide…Your continuous support for our community is much needed.”

Meanwhile, Abdulhakim Idris, Inspector General of the World Uyghur Congress, lauded the US administration and the Congress for taking action on China on the issue of human rights abuse.
“The US sanctions are creating negative effects on the Chinese economy,” he added.

The official statement further said, “CFU discussed the reporting by CNN and BBC on the hellish situation for Uyghur women, and the affirmed support of a push to move the Olympics or alternatively a diplomatic boycott as suggested in House Resolution 162, as well as for the swift passage of the Uyghur Forced Labor Prevention Act. The issue of Uyghur refugee asylum cases was also discussed, with emphasis placed on assigning P-2 status.”

Meanwhile, China declined to provide data on the number of people in the camps. Beijing had initially denied the very existence of the camps, but now claims that they are educational and vocational centers and that everyone has “graduated.”

Beijing has also rejected calls for an independent UN investigation into Xinjiang’s internment program. Journalists and diplomats are not allowed access to the camps outside of tightly controlled government tours.

Joe Biden’s administration has called China’s treatment of Uyghurs genocide, a position recently adopted by Canada and the Netherlands.