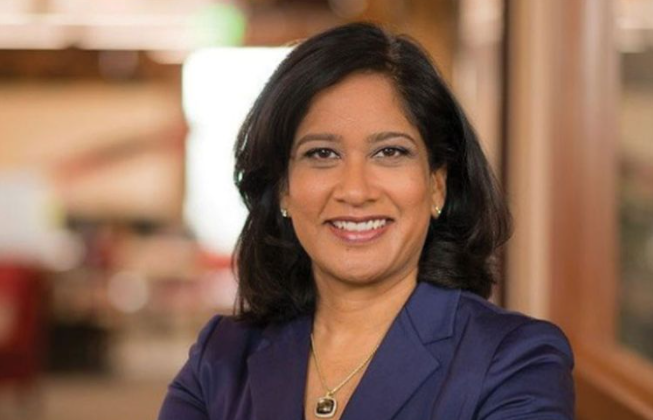 Indian-American Naureen Hassan, a 25-year veteran of the financial services industry, has been named as the First Vice President and Chief Operating Officer (COO) of Federal Reserve Bank of New York.

In a statement issued on Thursday, the Bank said that the appointment effective March 15, was approved by the Board of Governors of the Federal Reserve System.
"As First Vice President, Hassan will be the New York Fed's second ranking officer as well as an alternate voting member of the Federal Open Market Committee," the statement said.

"Naureen's leadership background, deep commitment to fostering diverse teams, and extensive technology and financial experience will be critical to her role as a bank leader," John C. Williams, President and CEO of the New York Fed, was quoted as saying in the statement.

"I am confident that Naureen will be an inspiring and innovative leader, and look forward to working with her to move our organisation forward in line with our values," he added.
Meanwhile, Denise Scott, Executive Vice President of the Local Initiatives Support Corporation (LISC) and chair of the New York Fed's Board of Directors, said that "Naureen's leadership experience and operational expertise are fully aligned with what the search committee and I envisioned for this role".

According to the statement, Hassan has previously served in various capacities in the financial services industry, focusing primarily on digital and business process transformation.

For the past four years, she was Chief Digital Officer of wealth management at Morgan Stanley.