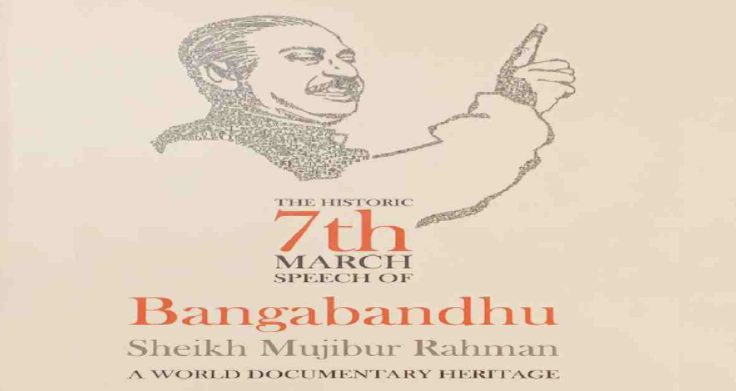 Bangladesh Embassy in Paris and Permanent Mission of Bangladesh to UNESCO have unveiled a book titled "The Historic 7th March Speech of Bangabandhu Sheikh Mujibur Rahman: A World Documentary Heritage."

The book has been published in UN's all official languages - Arabic, Chinese, English, French, Russian and Spanish.

Bangladesh Ambassador to Paris and Permanent Representative of Bangladesh to UNESCO Kazi Imtiaz Hossain paid homage to the memory of Bangabandhu.

The March 7 speech worked as the major source of inspiration for the nine-month long war, he said.

He also thanked Ambassadors and Permanent Representatives of all the countries who participated in the event.

The UN's educational, scientific and cultural agency, UNESCO, included the speech in the Memory of the World International Register, a list of world's important documentary heritage, in 2017.

The Historic 7th March Speech was delivered by Bangabandhu Sheikh Mujibur Rahman who led the people of Bangladesh to independence in 1971.

At that time when the Pakistani military rulers refused to transfer power to the Bengali nationalist leader Bangabandhu Sheikh Mujibur Rahman, whose party Awami League gained majority in the National Assembly of Pakistan in the general election held in 1970, according to UNESCO.

The speech effectively declared the independence of Bangladesh.

The speech constitutes a faithful documentation of how the failure of post-colonial nation-states to develop inclusive, democratic society alienates their population belonging to different ethnic, cultural, linguistic or religious groups.

The speech was extempore and there was no written script. However, the speech survived in the audio as well as AV versions.

Bangladesh Embassy in Paris and UNESCO will hold two webinars on March 7 and 9 marking the birth centenary of Father of the Nation Bangabandhu Sheikh Mujibur Rahman.