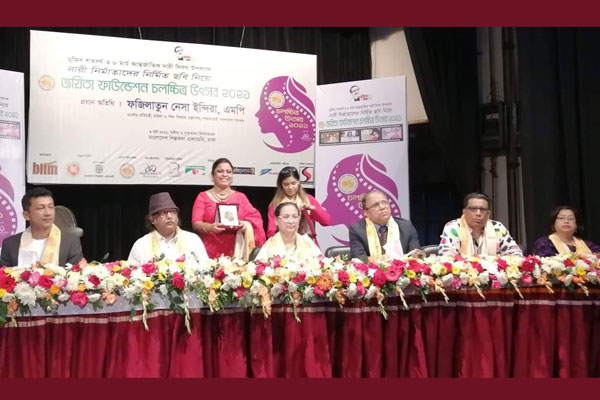 A three-day film festivals with six future movies made by women film directors kicked off ahead of International Women Day as part of the celebration of ‘Mujib Borsha’ marking the birth centenary of Father of the Nation Bangabandhu Sheikh Mujibur Rahman.

While inaugurating the festival, Indira urged the entrepreneurs to step forward along with the government to encourage more women in making film.