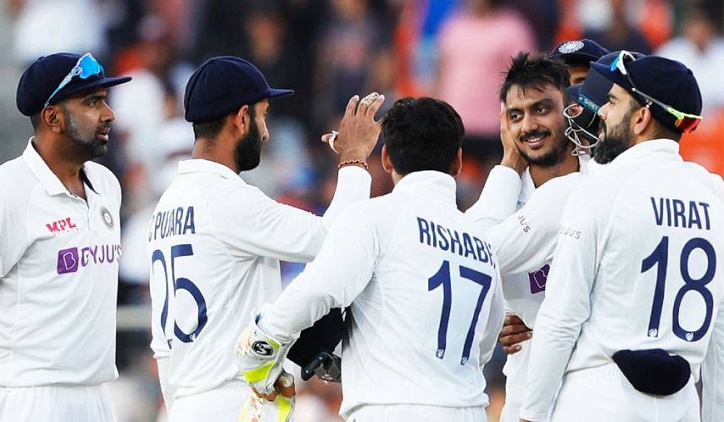 India spinners Ravichandran Ashwin and Axar Patel claimed three wickets each against England on Saturday as the hosts closed in on an emphatic win in the fourth Test to seal the series.

Starting their second innings 160 runs behind, England were 91 for six at tea in Ahmedabad. Dan Lawrence was on 19, and wicketkeeper-batsman Ben Foakes on six.

England, trailing 2-1 in the series, need another 70 to make India bat again but face another quick loss after their two-day humiliation in the third Test at the same venue.

Ashwin struck twice on successive balls after lunch to send back Zak Crawley for five and Jonny Bairstow for nought. It was Bairstow's third duck in four innings.

The spinner then trapped England captain Joe Root for 30.

Patel got opener Dom Sibley for three, all-rounder Ben Stokes for two and Ollie Pope for 15 to leave England needing a miracle to survive.

Earlier, Washington Sundar hit an unbeaten 96 as India finished their first innings on 365 after being bowled out in the opening session.

India only need to avoid defeat to book a meeting with New Zealand in the World Test Championship at Lord's in June.