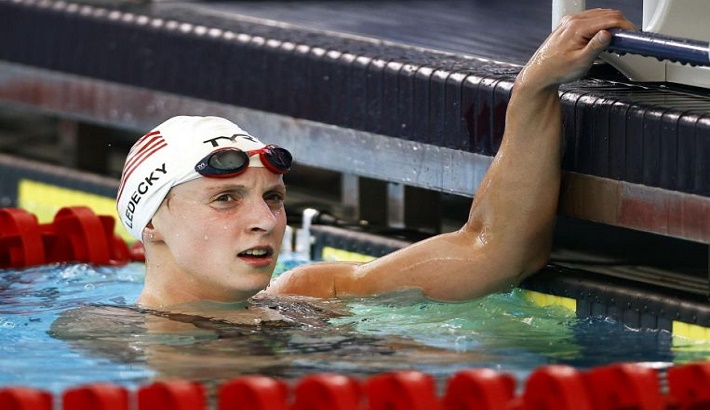 Baker, the 2016 Olympic silver medallist in the event and a former world record-holder in the 100m back, welcomed the chance to get back to long course racing and start sorting out “what my strategy is going to be going into Trials this summer.”

The US swimming trials for the rescheduled Tokyo Olympics, postponed from 2020 amid the coronavirus pandemic, are slated for June.

Smith, 19, is targeting her first Olympics, having failed to qualify for

“It was a tough double,” Smith said. “I guess I kind of got a second wind

going into the 100 fly, that felt really great.”

But Smith isn’t yet sure she’ll tackle the 100m fly at trials, saying she’s

prioritizing the 100m and 200m backstrokes and the 200m butterfly as she looks toward Tokyo.

Reigning Olympic champion Ryan Murphy won the men’s 200m backstroke in 1:56.06, the fastest time in the world this year. South Africa’s Chris Reid was a distant second in 1:59.60.

And Katie Ledecky earned her third win in three days with a victory in the 200m freestyle in 1:56.62.

“I’m still happy with where I’m at, even if some of the times haven’t been there this week,” said Ledecky, who has also won the 1,500m and 400m freestyles and finished third in the 100m free.

Andrew Seliskar won the men’s 200m free in 1:47.01 ahead of Blake Pieroni and Khader Baqlah of Jordan.

Veteran Ryan Lochte, vying to qualify for a fifth Olympic Games at the age of 36, was eighth in 1:50.27.

“It’s a good confidence boost knowing that I’m making the finals and being able to be somewhat in the race with these other guys,” said Lochte, who failed to advance from the 100m fly heats as he races this week without

breaking his heavy training schedule. “The more racing I do, the better I’m going to be.”