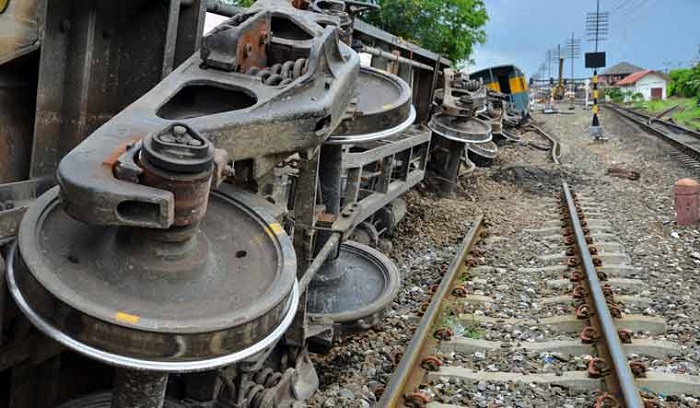 Five wagons of a cargo train derailed after a collision with a rail trolley at Milpara area near Kushtia Railway Station on Friday.

No casualties were reported but railway services on Kushtia-Rajbari route remained suspended since the accident at 2:30pm.

This cargo train was going to Faridpur from Chapainawabganj carrying wheat.

Mostafizur Rahman, driver of the train, said he was taking the train to Kumarkhali after getting clearance from Kushtia station.

After about 200 yards, he noticed a rail trolley in front of Milpara Secondary Girls School on the track. He applied the break but could not stop the train in time as the trolley was just 50 yards away.

Eyewitness Ariful Islam, a resident of Milpara, said that five wagons went over the trolley before the train finally stopped.

“It won’t be possible to resume operation on this route before 24 hours,” he said, blaming the trolley for the accident.

Four trains, including Tungipara Express, travel on this line.