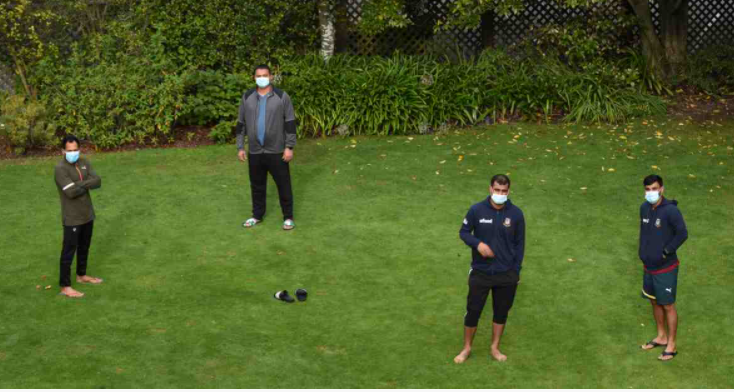 Members of the Bangladesh national cricket team are safe and sound in New Zealand, said Jalal Yunus, the chairman of the media and communication committee of Bangladesh Cricket Board (BCB).

At 2:27am local time (Thursday) a magnitude 7.3 earthquake was felt near the east of New Zealand’s North Island. This was followed by a Tsunami warning for mainly coastal areas of North Island.

Jalal, who is in New Zealand with the team, said the Bangladesh team are currently staying in Christchurch in South Island and is far from the epicentre of the quake.

The Bangladesh Team management has been in contact with the local authorities who have assured that there was no reason for alarm in this part of the country, the BCB said in a statement.

“All team members are well. The day’s activities have continued as usual with the players joining their respective group training at Lincoln Green,” Jalal was quoted as saying in the statement.

Before starting the practice camp in small groups, the team had undergone an eight-day in-room quarantine in Christchurch. During this period, Tigers had to undergo three Covid-19 tests and all returned negative.

They said the quarantine period was tough as they could not go out of the hotel rooms and had little to do for eight days.

But it was necessary to ensure the health safety of the members of the team, they noted. After the in-room quarantine, the cricketers are now allowed to join practice sessions in small groups.

Bangladesh will play three ODIs and as many T20Is in the New Zealand tour. The first match of the series will take place on March 20.

The ODIs of this series will be a part of the ongoing World Cup Super League. The top seven teams of this event will directly qualify for the World Cup 2023 along with hosts India.