Why testing for Covid-19 is still important 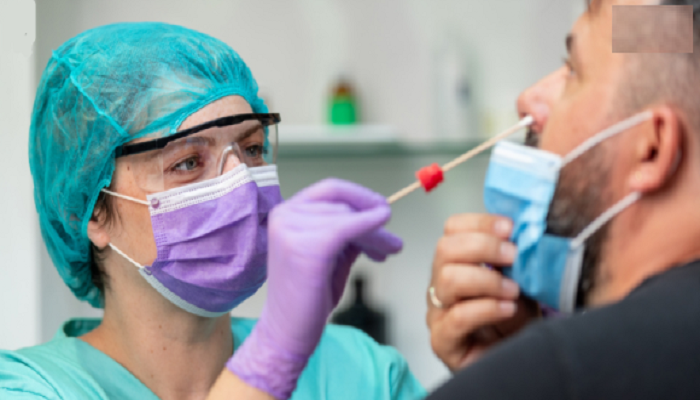 Covid-19 testing numbers are dropping in the US. And that's bad news.

Without testing, there's no way to keep track of where the pandemic is headed and whether vaccines are working. And there's no way to make use of one of the most important tools for fighting infectious diseases: contact tracing.

"While the public may view vaccination as a priority right now - and it is a priority - widespread testing still is essential for infection control," Romney Humphries, medical director of the Clinical Microbiology Laboratory at Vanderbilt University Medical Center, said during an Infectious Diseases Society of America briefing Thursday.

"This will help us track the real impact. Are we truly seeing a reduction in cases?" she said. Testing can also help track variants.

The US has recorded an average of about 1.5 million Covid-19 tests per day over recent days, according to data from The COVID Tracking Project.

That's about 26% fewer than the average in mid-January, when the US hit a peak seven-day average of more than 2 million tests reported on January 15. The rate has begun to pick up again, but only slightly.

She added that while infection rates have fallen, they are still high, and in some places higher than they were over the summer.

In terms of testing rates, a seven-day daily average of at least five tests for every 100 people is ideal. But in a report published this week, only five states reached that threshold over seven-day period, landing them in the "dark green" category: Rhode Island, Vermont, Massachusetts, New York and Alaska.

Eight states were in the "red" or "dark red," which meant that there was less than one test for every 100 people. States in this category were Oklahoma, Missouri, South Dakota, Mississippi, New Hampshire, California and Georgia.

With the current spread of infection, Hayden said that she doesn't think the country is at a place where it can be relaxing overall strategies and reducing testing.

Testing is also an important tool for reasons beyond diagnostics, including determining quarantine requirements and tracking the evolution of the pandemic, Humphries said.

"I think one of the hugest messages is for the public: if you have symptoms, it is so important for you to go in and be tested and determine if you're positive or not," said Humphries.

What is being seen in labs and from data is a reduction in the number of people who are coming in to be tested based on symptoms, according to Humphries.