Youth killed as police open fire on protesters in Myanmar 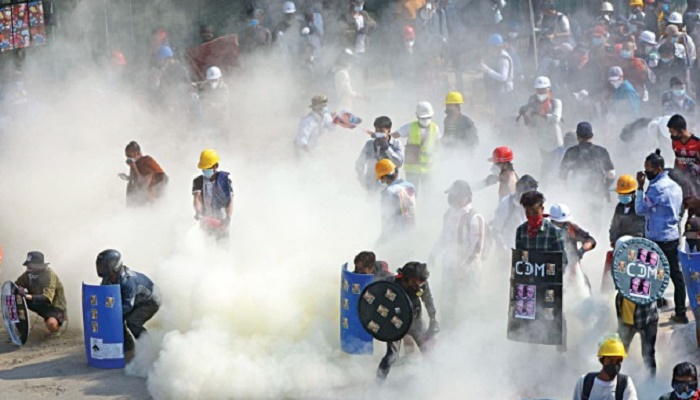 Police opened fire on protesting opponents of the Feb 1 military coup, killing one person, in the city of Mandalay on Friday, witnesses and media said.

The young man was shot in the neck and died, media said.

Earlier in the day, a big crowd had marched peacefully through the city chanting: "The stone age is over, we're not scared because you threaten us."

Electricity supply was cut across many areas of Myanmar because of a "system breakdown", according to multiple government agencies.

People started posting on Twitter and Facebook about the widespread blackouts across commercial hub Yangon at around 1.30pm (2pm Thailand time).

Further north in the city of Magway, along the Irrawaddy River, the region's Electricity Supply enterprise reported the same.

Netizens on Facebook — an extremely popular platform in Myanmar  — similarly reported electricity blackouts in other parts of the country.

The supply cut comes as the junta has tightened its chokehold on communications, blocking social media platforms  — which people have skirted by downloading VPNs  — and imposing a nightly internet shutdown.

Myanmar has been in turmoil since the coup that ousted civilian leader Aung San Suu Kyi from power, with soldiers and police escalating the use of force on the streets to quell nationwide protests.