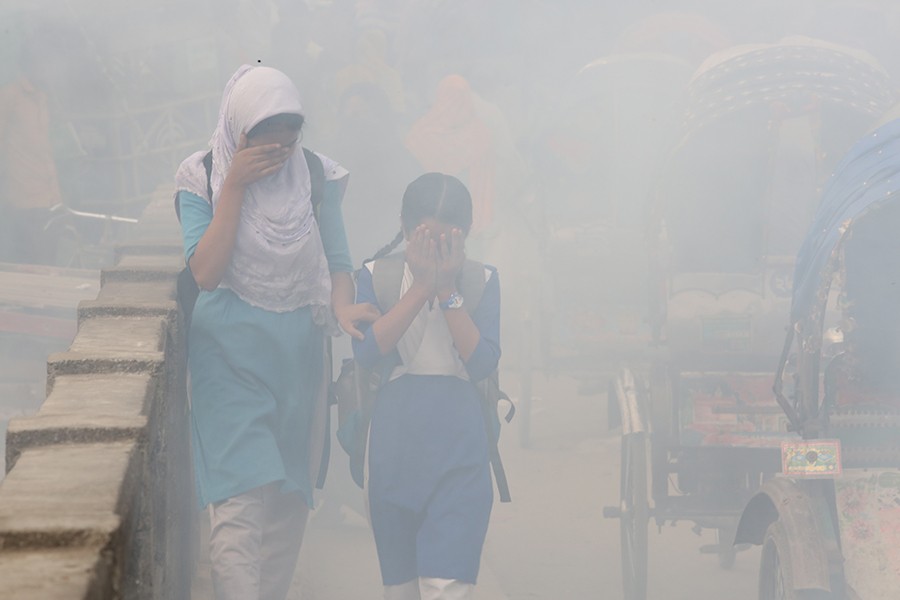 Dhaka may no longer be the world's most polluted city, but the densely populated capital's air quality still remains 'unhealthy'.

On Friday, Dhaka occupied the fifth position in the list of world cities with the worst air quality. The capital's air quality index (AQI) was recorded at 171 around 11.40 am.

The city of Karachi in Pakistan occupied the first place, while the second and third spots were grabbed by Beĳing of China and Lahore of Pakistan, respectively.

The air remains mostly acceptable from June to October.