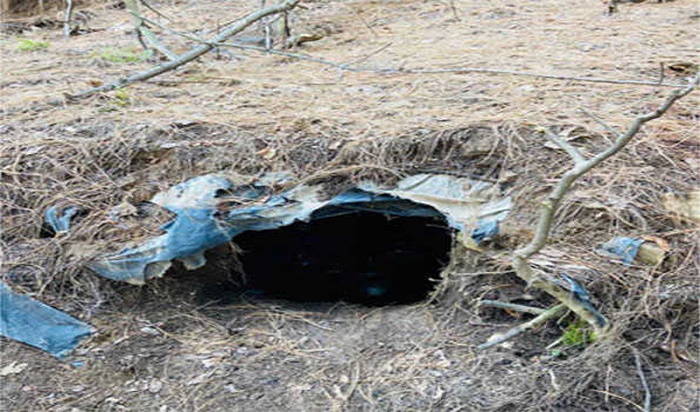 Security forces on Wednesday busted a Hizbul Mujahideen (HM) hideout in the forest area of Tral in south Kashmir district of Pulwama.

Official sources said that following specific information about presence of a militant hideout in the forest area in Seer in Tral, a joint operation was launched by police, 42 Rashtriya Rifles (RR) and 180 battalion of CRPF.

They said during the operation, security forces unearthed a militant hideout in the forest area. 'The hideout which belongs to HM militants was destroyed,' they said, adding incriminating material, besides utensils and food items, were recovered from the hideout.

They said all the material has been taken into Police custody for investigation purpose. 'A case under relevant sections of law was been registered at Police Station Tral,' they said, adding an investigation has been initiated to identify the persons who helped the militants to set up this hideout.