US will engage China from position of strength, says Blinken 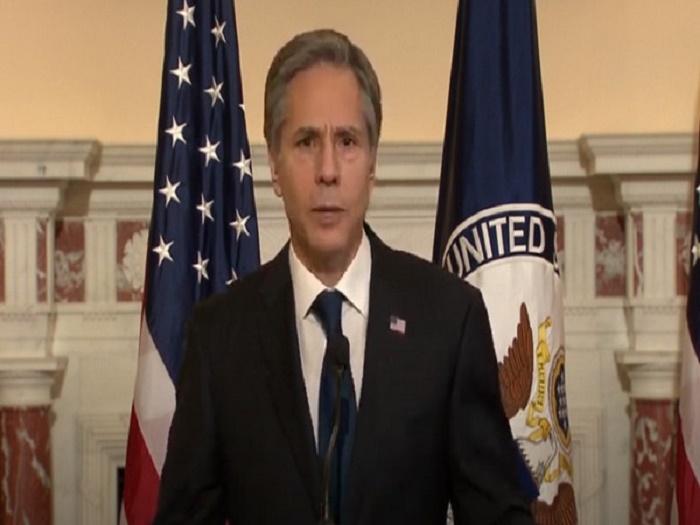 US Secretary of State Antony Blinken on Wednesday said that the country will engage China from a position of strength, adding it was the biggest geo-political test of the 21st century.

In his foreign policy speech at the Department of State, Blinken said that the US relationship with China will be competitive when it should be, collaboratively when it can be, and adversarial when it must be.

“The common denominator is the need to engage China from a position of strength. That requires working with allies and partners, not denigrating them, because our combined weight is much harder for China to ignore. It requires engaging in diplomacy and in international organisations because where we pulled back, China has filled in,” he said.

The State Secretary also highlighted that China is the only country with economic, diplomatic, military and technological power to seriously challenge the stable and open International System.

“It (engaging China) requires standing up for our values when human rights are abused in Xinjiang, or when democracy is trampled in Hong Kong because if we don’t, China will act with even greater impunity, and it means investing in American workers, companies and technologies and insisting on a level playing field because when we do, we can out-compete anyone,” Blinken added.

During his speech, he laid out eight points on how US diplomacy will function under the presidency of Joe Biden and plans to restore America’s global leadership.

“Several countries present us with serious challenges like Russia, Iran, North Korea and there are serious crises we have to deal with like in Yemen, Ethiopia and Burma,” he said.

Prior to this, during his confirmation hearings, Blinken had agreed with former Secretary of State Mike Pompeo’s designation of the Chinese Communist Party as having participated in genocide against the Uyghurs in Xinjiang.

Last month, Blinken said that Washington will continue to stand up for human rights and democratic values, including in Xinjiang, Tibet, and Hong Kong, and will hold Beijing accountable for its abuses of the international system.