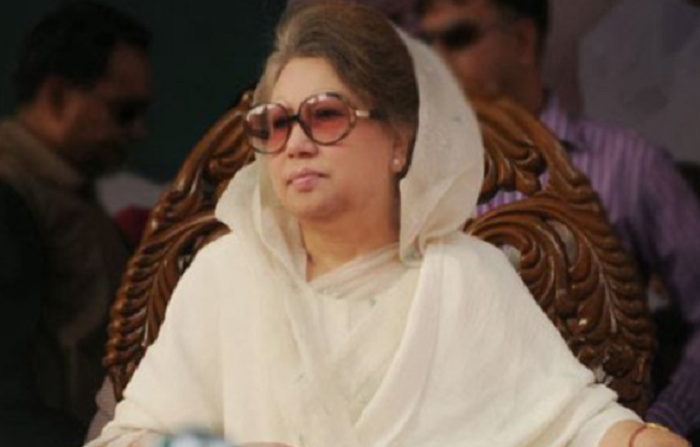 An application seeking waiver of Khaleda Zia’s punishment and extending the stay on her sentence has been sent to the Law Ministry, Home Minister Asaduzzaman Khan Kamal said Thursday.

It will be sent back to the Home Ministry after getting opinion from the Law Ministry before it is forwarded to Prime Minister Sheikh Hasina, he told journalist at the secretariat.

“Khaleda Zia’s brother Shamim Iskandar filed the appeal on Tuesday seeking extension on the stay of his sister’s sentence where he also urged to waive her punishment,” the minister said.

Earlier on Wednesday, the Home Minister said BNP sought relaxation of conditions as its chief could not receive treatment during the coronavirus pandemic.

On February 8, 2018, Khaleda was sent to the Old Dhaka Central Jail after a subordinate court sentenced her to five years’ imprisonment in Zia Orphanage Trust corruption case. The High Court later doubled her jail term.

Former prime minister Khaleda was found guilty in another corruption case the same year. Her party claims both cases are politically motivated.

She was released from the prison cell of Bangabandhu Sheikh Mujib Medical University (BSMMU) the same day, and she has been staying at her Gulshan house since then.

On August 27 last year, the government extended her release for six more months.