Bangladesh to emerge as automobile industry hub by 2030: Humayun 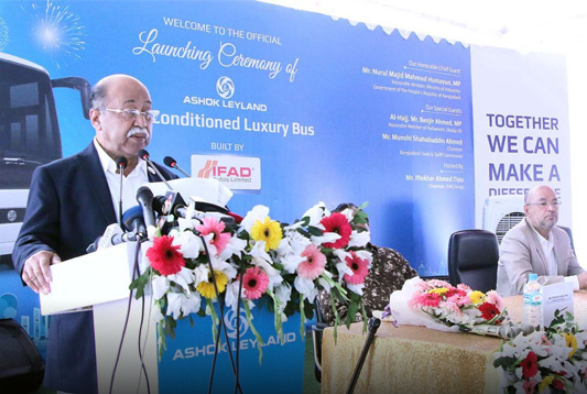 The minister said this while speaking as the chief guest at the inaugural function of manufacturing world-class air-conditioned bus and commercial bus bodies and truck cabins at IFAD Autos Limited Bangladesh, said a press release.

He expressed the hope that the automobile industry would play an important role in achieving the Sustainable Development Goals (SDGs) by 2030 and building a better income country by 2041.

Since its beginning, he said, IFAD Group has been able to gain the trust and confidence of the general public by marketing good quality products.