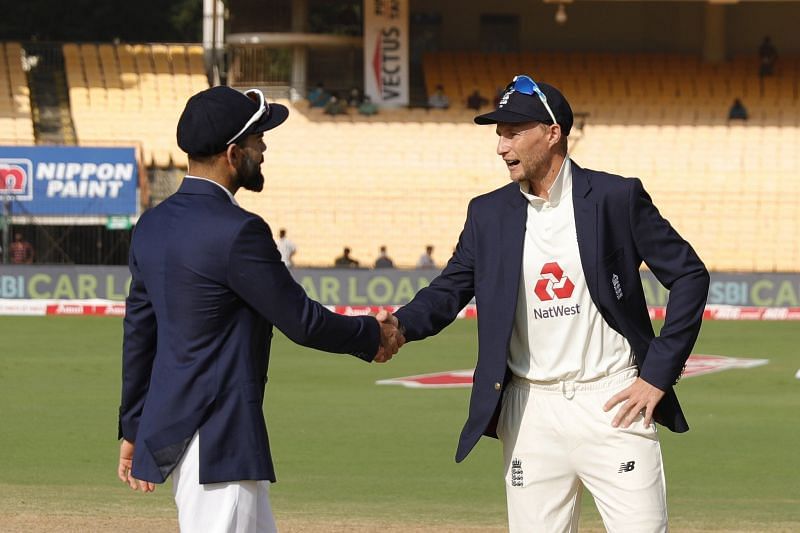 England captain Joe Root won the toss and elected to bat against India at Ahmedabad on Thursday in the fourth and final Test of a spin-dominated series.

Virat Kohli's India, 2-1 up after last week's two-day win at the same venue, need only avoid defeat to secure their place in the World Test Championship final against New Zealand.

"We need to make use of the first innings, because it'll spin again very soon so we need to get runs on the board soon," Root said.

"Over the last couple of years we have progressed as a side, and it'd be a great chance to finish a great winter if we win this Test match."

"Quite a no-brainer, we would have batted first as well," said Kohli.

"We have to be at our best and England have put us under pressure in the past and in this series as well."