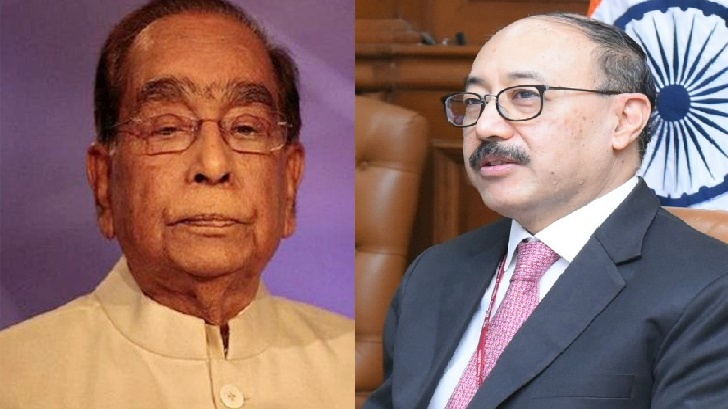 In a condolence message, he wrote, "Saddened to hear the news of the passing away of our very good friend, the Hon’ble HT Imam. One of the most experienced and knowledgeable individuals, whose service to his nation has been exemplary, Mr HT Imam’s guidance, advice, sage hand and friendship will be greatly missed. Based on his personal experience as an administrator and freedom fighter, he has been a strong supporter of the closest ties between India and Bangladesh.”

He prayed for eternal peace of the departed soul and conveyed deep sympathy to the bereaved family.

HT Imam, the cabinet secretary of the Mujibnagar government during the country’s Liberation War in 1971, breathed his last around 1:15am at the Combined Military Hospital (CMH) in Dhaka at the age of 82.

He was serving as the political advisor to Prime Minister Sheikh Hasina since 2014.