Contents of the Speech 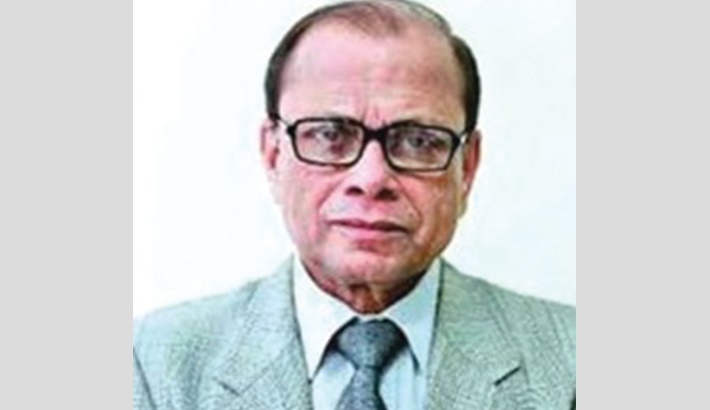 The 7 March speech, as delivered, had five items. First, the recounting of the historical circumstances leading upto the speech. Second, the four preconditions for resolution of the political stand-off. Third, an equivocal declaration of independence and a call for an armed struggle along with necessary instructions for the people. Fourth, although not parts of the speech, the directives given following the speech, appeared to be corroborative. Fifth, the speech, although not a direct declaration for independence, was certainly an unambiguous pronouncement for the then East Pakistan's virtual autonomy.

As to the first item, Bangabandhu began with such emotive words as, "Today I have come to you with a heavy heart. You know everything and understand everything. We tried our best. But the streets of Dhaka, Chittagong, Khulna, Rangpur and Jessore have been dyed red with the blood of our brethren." Then he recounted the history of our experience as Pakistani citizens,". .  the history of the last twenty years is the history of the dying cries of the people of Bangladesh, the history of pathetic bloodshed and the history of misery of the oppressed people." In revisiting the years of Pakistani oppression, Bangabandhu appeared to be appropriate to the occasion. The underlying motive of him was to craft a rationale for the message he would carry in the moot points of the speech.

A stronger rationale for such a speech was created when he sought to ascertain whether the audience had confidence in him, thereby testing his leadership. That he got over this test with resounding success was apparent when the audience responded with the strongest affirmative as he posed to them the poignant question, "My brothers, do you have faith in me?" Moreover, in a self-denying gesture, he categorically said, "I do not want to be the prime minister. I want the rights of the people." These words were a fine communicative strategy to establish a rapport between the speaker and the listeners. With such people's faith in him, Bangabandhu felt confident to make the decisive pronouncements that he did in the core parts of the speech.

The first core part delineated the pre-decided four specific pre-conditions for joining the scheduled National Assembly session on 25 March. These pre-conditions were:

a. withdrawal of the martial law;

b. taking back the troops to barracks;

c. enquiry into the killings; and

d. handing over power to the people's representatives.

Without fulfilling these pre-conditions by the military junta, Bangabandhu could not join the national assembly session because, as he said, "People have not given me that right." People centric leader as he was, he rightly considered himself the people’s mouthpiece. The British writer Dom Moreas, having been convinced of the logicality of these pre-conditions wrote that, ". . these will prove the basis on which a viable country would rise from the ruins of Jinnah's original ideal." The Tehrik-i-Istiqlal supremo Air Marshel Asghar Khan (a Pakistani himself) considered Bangabandhu's demands "timely and logical." He further commented, "The last link in the vanishing relations between East and West Pakistan is Sheikh Mujib. East Pakistan may unilaterally declare independence if power is not handed over to the people's representatives." Logical minds could grasp the undertone and overtone of Bangabandhu's conditionalities, but not the Pakistan military junta.

The next core part was about the equivocal indication of eventual independence and necessary directives for the people on how to persevere towards the goal of independence.

The message of independence was couched in a language which would fall short of direct provocation to the military junta. The salient sentences were, in total, five. First, "the people of Bangladesh today want liberation, they want to survive, they want to have their rights." Second, and most importantly, "The struggle this time is our struggle for liberation; the struggle this time is the struggle for independence." Third, "we had a hope that we would sit in the Assembly and frame a constitution which would lead to the emancipation of the people [Bangali] economically, politically and culturally." Fourth, "Remember, we have shed blood; we will shed more blood, we shall liberate the people of this country, Insha Allah." Fifth, he blurted out, "the seven crore people cannot be kept down. As the Bangali people have learnt how to die nobody can keep them down." It is noted that the word "independence" was uttered once, but the word "emancipation/liberation" quite a few times. Apparently, there was more emphasis on emancipation/liberation; and, understandably, the post-independence scenario of a relentless struggle seeking comprehensive emancipation was hinted at. More understandable, is that, independence is a micro; while emancipation/liberation a macro-concept.

While conjuring up the goal of independence, Bangabandhu also came up with necessary directives for the people on how to go about the arduous business of realising the goal.

Bangabandhu, a seasoned politician, knew it for certain that his four reasonable demands would not be heeded; and, hence, the alternative was to exhort the people to do what was imperative. First, "turn every house into a fortress and face the enemy with whatever you have. All roads are to be blocked." Second, on how to confront the enemy of Pakistan occupation forces, it was directed, "we will kill you by denying food – we will also kill you by denying water." Third, as to the preparation for this eventual assault, the people were called upon to form resistance committees under the Awami League leadership all over the country. These were the directives to turn an unprepared and unarmed people into a prepared and armed fighting force; and, this was indeed the immediate fall-out of the speech.

The following were the directives for the people and day-to-day administration:

1.            All courts, offices and educational institutions to remain closed for an indefinite period;

7.            The Pakistani troops were directed as brothers of Bangali people to stay inside barracks. They were also warned not to fire upon the people; if they do, they would have to face dire consequences;

8.            The people were warned about enemy infiltrators who were out to destabilize the movement;

9.            There was a clarion call to maintain communal harmony, and, as Bangabandhu said, "the seventy-five million people – Hindu, Muslim or Bangali, non – Bangali all are our brothers;" and

10.          Bangabandhu rounded off the speech with an appeal to the struggling millions to maintain discipline, because, as he exhorted, "No nation can win a struggle without discipline."

As Bangabandhu was finishing his speech, he sounded a note of warning to the military junta, as he said without mincing words, "If there is an amicable settlement of the problem, there will still remain a chance of our living together as brothers." While giving out such a warning Bangabandhu kept the door open by saying,". .  though we are in the majority we will accept any reasonable proposal even if it comes from a lone member."

This speech, considering its purport and import, was slated to have been aired directly from the Race Course; and, accordingly necessary arrangements were completed. But, at the last moment, and immediately before the speech was to commence, the military authorities issued directive to stop, in their words, "a nonsense." In reaction, a high Bangali official working at the Dhaka Betar let it be known that, "If we can't broadcast the voice of seventy-five million people, we refuse to work." With that, the Betar did really went off the air; and resumed transmission next morning at 8 a.m. as Bangabandhu's speech was allowed to be broadcast. This broadcast was possible as the Betar technicians had gone ahead with recording at the Race Course defying the military ban, although they could not transmit the same direct.