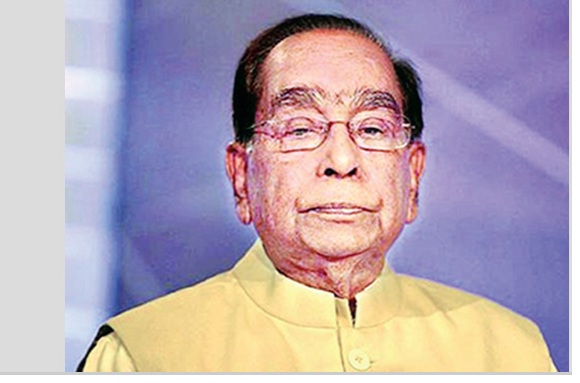 HT Imam, the political affairs adviser to Prime Minister Sheikh Hasina, has passed away. The 82-year-old breathed his last on Thursday at the Combined Military Hospital in Dhaka.

He was pronounced dead at 1:15am, Awami League Office Secretary Biplab Barua said in a social media post.

Imam, who was the cabinet secretary to the 1971 wartime government, was hospitalised with various age-related problems.

After the Awami League formed the government following the 2008 election, Imam was appointed as the public administration affairs adviser to the prime minister.

Following the 2014 elections, he was made the political affairs adviser to the prime minister.

Born on January 15 1939, Hossain Toufique Imam — popularly known as HT Imam — completed his under graduation in Economics from Rajshahi University. He went to the Dhaka University for his Master’s degree.

Imam, who holds a postgraduate degree in development administration from the London School of Economics, joined the Pakistan Civil Service in 1962.

They prayed for the eternal salvation of the departed soul and expressed sympathy to the bereaved family.

Law Minister Anisul Huq also condoled his death and prayed for salvation of the departed soul.