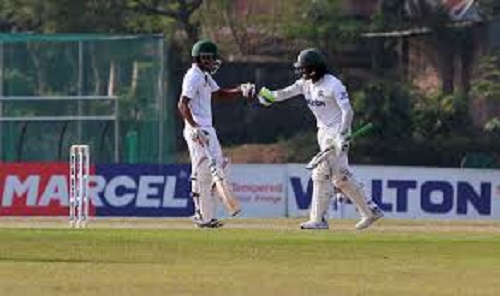 A Bangladesh Cricket Board official said on Wednesday that they are expected to start the next edition of the National Cricket League, the country’s traditional first-class competition, from March 22.

BCB earlier failed to host the previous edition of NCL due to the corona pandemic.

BCB chief selector Minhajul Abedin informed that Bangladesh Test probables for the upcoming Sri Lanka series, who are currently in the country, must have to take part in the first three rounds of the competition.

“The Test probables will have to take part in the first three rounds of NCL as part of the preparation for the Sri Lanka tour,” said Minhajul.

BCB has already completed most of their groundwork to host the event as the first-class players have undergone a fitness test last month. BCB selectors will sit today to complete the list of the players of eight teams.

BCB chief executive officer Nizamuddin Chowdhury said that they have sent a list of players to the National Sports Council for the vaccination program before the tournament gets underway.

“We have sent a list to NSC for vaccinations. It is under process now. We will try to vaccinate all our players, support staff and groundsmen in a collaboration with the concerned ministry and Directorate General of Health Services as soon as possible,” he said.

Meanwhile, a top BCB official informed that the postponed Dhaka Premier League, the country’s most decorated 50-over domestic tournament, will take place after the series against Sri Lanka.

“We will be having the national cricketers after the series against Sri Lanka and they are expected to be available till they travel to Zimbabwe. We are expected to host the DPL (that was postponed after the opening phase) at that point,” he said.