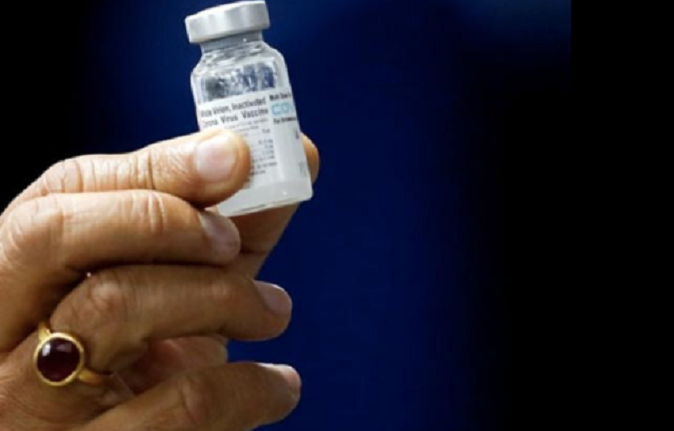 Phase 3 clinical trial results for Bharat Biotech's coronavirus vaccine - Covaxin - were released Wednesday afternoon, with the drug demonstrating "81 per cent interim efficacy in preventing COVID-19 in those without prior infection after the second dose", the company said.

The company added that "analysis from the National Institute of Virology indicates that vaccine-induced antibodies can neutralise the UK variant strains and other heterologous strains".

Third phase data was generated from a trial involving 25,800 participants and "showed that the vaccine candidate was well tolerated". Trials will continue to final analysis of 130 confirmed cases in order to gather more data and evaluate the efficacy of the vaccine, the company added.

Data from the third stage of trials - which measures the vaccine's success in protecting against the coronavirus - has been widely anticipated amid concerns over Covaxin's safety and efficacy.

Covaxin is one of two Covid vaccines to have been cleared for emergency use approval by the government - the other is Covishield, which was developed by AstraZeneca and Oxford University and is produced by Pune-based Serum Institute.

Covishield has an efficacy rate of 70 per cent after the second dose.

Both vaccines were cleared by the Drug Controller General of India (DCGI) in early January, at a time when late-stage trial data for Covaxin was not available.

This prompted widespread concerns and, as the government launched the national vaccination drive on January 16, many expressed reservations about being given Covaxin, particularly since a choice of vaccines was not offered.